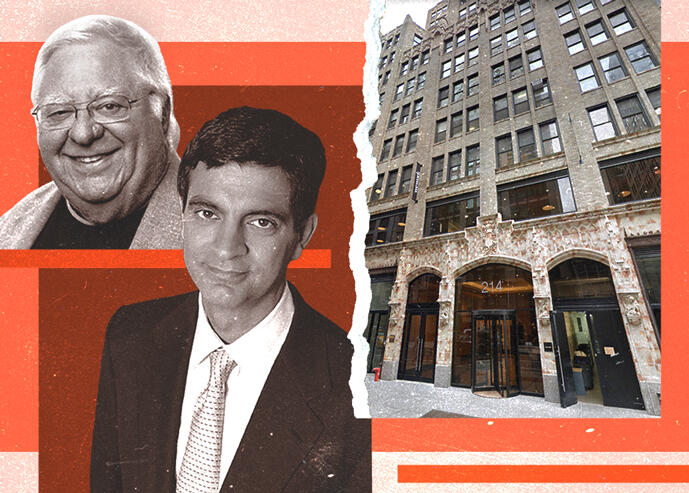 A WeWork landlord has sued the coworking company for allegedly attempting to move its tenants to another location after defaulting on its lease in Chelsea.

Walter & Samuels, the owner of 214 West 29th Street, filed the lawsuit on Friday in New York State Supreme Court, seeking to recoup damages — an amount it says would still need “to be determined at trial,” but estimated to be “in excess” of $37 million.

A WeWork spokesperson called the litigation “meritless,” and said that rent and all other obligations under the lease have been met.

In the lawsuit, Walter & Samuel alleges it is entitled to take over WeWork’s subtenants if the company defaulted on its lease, a measure that was included in the agreement because the landlord was investing “tens of millions of dollars” to accommodate the coworking firm’s needs.

WeWork signed a 15-year lease in 2018 for 100,000 square feet across the second to eighth floors of the 16-story building. According to the lawsuit, it was seeking out “enterprise” tenants for the site — ones that “require large, open floorplates with top-of-the-line electrical and HVAC systems.”

Despite the agreement, the landlord alleges that WeWork recently attempted to move those tenants to a different site while removing the West 29th Street outpost from its list of locations.

The dispute started in June 2020, when the landlord delivered the fourth floor of the building to WeWork for occupancy. WeWork was required to pay a security deposit for the floor at that point, but instead, asked the landlord to take back the floor. According to the lawsuit, WeWork said it needed to shrink its footprint in New York City “in advance of a public offering,” and that it would “abandon the building entirely” if the landlord refused to take back the fourth floor.

WeWork paid the March rent of about $463,000 in April, telling the landlord of its intention to stay in the building. But around the same time, one of WeWork’s clients in the building told the landlord that WeWork was forcing its members to relocate to a different location.

After a failed attempt to go public in 2019, WeWork is now looking to go public by merging with a special-purpose acquisition company.