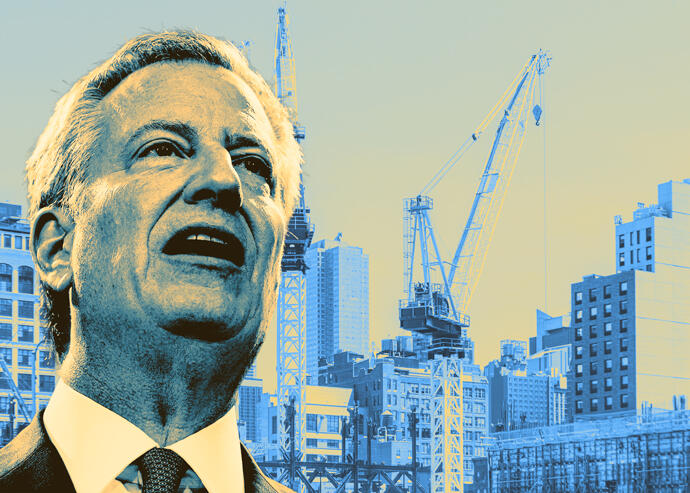 As Mayor Bill de Blasio finalizes a policy to limit new hotels, his own staff has found it would cost New York City billions of dollars in lost tax revenue.

Under de Blasio’s plan, the City Council would have to approve any new hotel built in the city. He says that will help organized labor and would-be neighbors of hotels by curbing the development of nonunion establishments.

Critics worry, however, that adding public review and political approval to hotel development would stop hotel construction citywide, according to the New York Times.

City officials said the proposal could cost the city $350 million by 2025 and up to $7 billion in 2035 in lost tax revenue, according to a confidential budget report shared with the newspaper.

The city’s top planning staff said a scaled-down version requiring a special permit for hotels in Manhattan’s Union Square area would also hamper the hospitality industry, according to a memo obtained by the New York Times.

“We flag that to continue with this proposal could be seen as contrary to economic recovery principles and sound planning,” Marisa Lago, the director of the city’s planning agency and chair of its City Planning Commission, wrote last year in the memo to City Hall, the Times reported.

De Blasio has one major supporter for his proposal: the hotel workers union that endorsed his ill-fated presidential run.

The Hotel Trades Council, which provided $440,000 for de Blasio’s presidential ads, has for years pushed to limit the construction of new hotels because many are staffed with nonunion labor. Requiring City Council approval would likely require hotel developers to agree to not oppose union organizing at a new property.

Critics of the plan also worry the move could hurt the city’s tourism revenue. The mayor recently announced a $30 million advertising campaign aimed at attracting tourists to the city.

“If we build it, they will come,” de Blasio said in a news conference announcing the campaign.

One reason annual tourism to the city nearly doubled during the Bloomberg and de Blasio administrations is the proliferation of new hotels, many of them nonunion and outside of Manhattan. Hotel development is allowed as-of-right in most commercial districts.