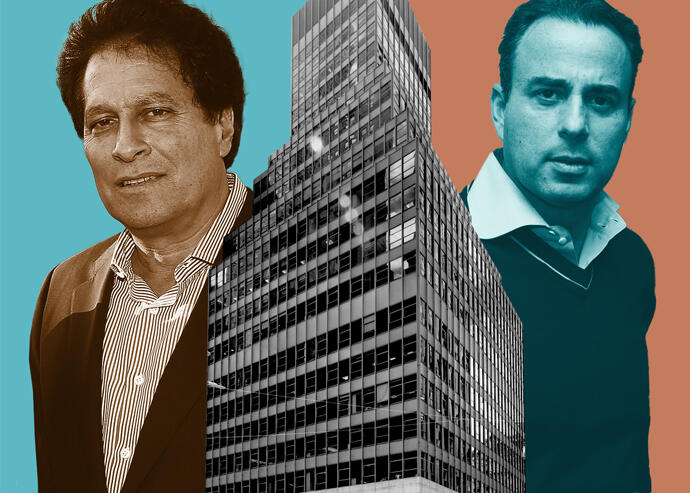 From its swanky office at 600 Madison Avenue, HFZ Capital Group ran a New York development empire, orchestrating high-risk, high-reward ventures that included some of the city’s most prominent condominium projects.

With that empire now in disarray and HFZ mired in lawsuits and debts, the developer is now moving out of that office, The Real Deal has learned. And moving in is another big real estate player, Ashkenazy Acquisition.

Ashkenazy, led by Ben Ashkenazy, is supposed to move into the Ruben Companies-owned building tonight, according to a source familiar with the matter. HFZ’s space, which it has been in since the firm was founded by Ziel Feldman and Nir Meir in 2013, spans about 13,000 square feet on the 15th floor and a portion of the 16th floor.

The 350,000-square-foot building at the corner of Madison Avenue and 58th Street is owned by the Ruben Companies and serves as its headquarters.

HFZ has been rocked by troubles over the past year, including foreclosures, liens and lawsuits from its contractors and investors, including at the XI, a spiraling condo and hotel project in West Chelsea. Feldman and his wife, Helene, are personally on the hook for a number of the loans tied to the projects.

The company has also suffered from C-suite infighting. Feldman alleged that his former partner Meir was using the firm as his “personal piggy bank” to the tune of $15 million in fraudulent credit card reimbursements and wire transfers. Meir, who left the firm in December for reasons that are unclear, has described those claims as meritless. He in turn has alleged that HFZ owes him over $25 million in payments related to development deals.

Ashkenazy’s holdings include the fee interest at 625 Madison Avenue, the retail condo at 841 Madison Avenue, and many other luxury retail properties across the country. The firm still lists its headquarters on its website at the penthouse of 150 East 58th Street. Forbes estimates Ben Ashkenazy’s net worth at $2.9 billion.

Daniel Levy, president of Ashkenazy, declined to comment. Ziel and Helene Feldman did not immediately return requests for comment.