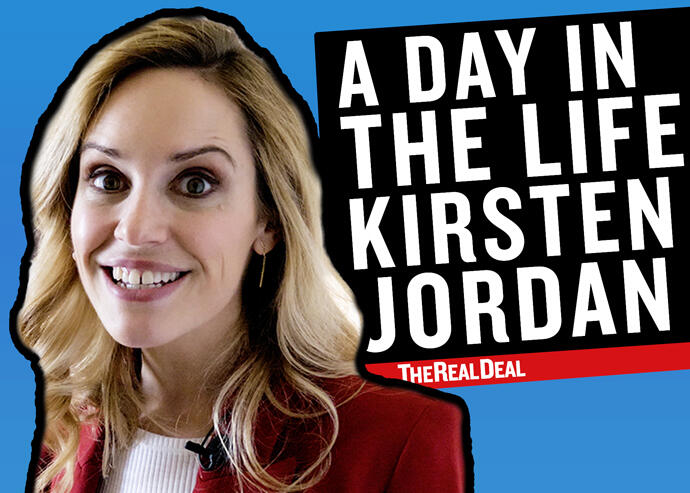 Kirsten Jordan drinks her morning tea from a Wonder Woman mug — fitting for the Douglas Elliman agent, who is the first woman to join the cast of Bravo’s “Million Dollar Listing New York.”

Jordan talked to The Real Deal from her Upper West Side home about her decision to join the cast and put her business and family on television.

“I can’t say I ever spent a ton of time fantasizing about being on the show,” she said. But her husband, developer Stefano Farsura of Colonnade Group, was a regular viewer. The show was often on in the background as she took care of their three kids.

“I thought ‘Wow, that’s really incredible what the cast has done with their careers,’” she recalled. When she was offered a chance to audition, she decided it was a “once-in-a-lifetime opportunity” to turbocharge her career.

A few months ago, Jordan jumped back to Elliman and announced that she was launching her own team. Though she declined to elaborate on the details that led to the move (perhaps a signal that it will be revealed on this season of “MDLNY”), she discussed her goals and strategy for her nascent team’s first year, and what she hopes the show will do for her business.

“I can only see it growing,” she said.

Jordan also acknowledged the importance of being the first woman to join the New York cast, given the call for better representation of women, who dominate the industry, for years.

“I think the hope for me — and I think this is something that everybody is hoping for — is that I’m going to come across as a strong, female entrepreneurial figure,” she said.

“I can definitely feel all the eyes on me so there is a tremendous amount of pressure, but I do think if there’s anyone who could stand up to the challenge, it’s probably me,” she added.