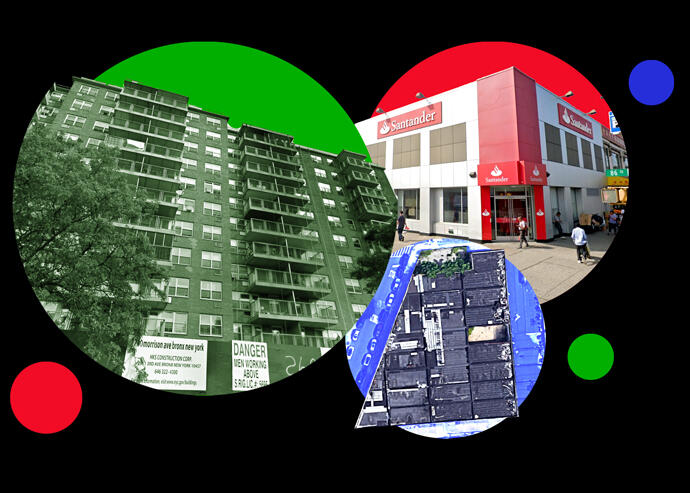 Adjmi — who received a presidential pardon on Donald Trump’s last day in office in January — paid $15 million for the complex.

Overall, the eight deals in the city totaled $127 million, and included three industrial complexes and two multifamily buildings. The total was far higher than the previous week’s $90 million for four properties. Mid-market deals cover investment sales between $10 million and $30 million.

In the latest tally, Brooklyn and Queens each notched three sales, while Manhattan and the Bronx had one each.

1. A joint venture affiliated with Yechiel Newhouse paid $24.4 million for a 154-unit, 147,000-square-foot apartment building at 1240 Morrison Avenue in the Soundview section of the Bronx. Stellar Management was the seller.

3. A New York limited liability company purchased a 33,600-square-foot retail building at 1769 86th Street in Bensonhurst, Brooklyn, for $18 million. Tim Ziss of Allied Properties put the building into bankruptcy in October 2020 after purchasing it for $10.7 million in 2017 from Santander Bank.

4. Adam Semler picked up two mixed-use buildings spanning a combined 22,800 square feet in Nolita for $17.7 million. The buildings are at 240 Mulberry Street and 196 Elizabeth Street. The seller was David Moore, according to the Department of Housing Preservation and Development.

6. The Loketch Group bought a 36-unit, 16,300-square-foot apartment building at 1010 Bedford Avenue in Bedford-Stuyvesant for $14.2M. Pincho Loketch signed for the buyer. The seller was Jacob Sofer, who purchased the property in 2020 from All Year Management. The address is also known as 261 Skillman Street.