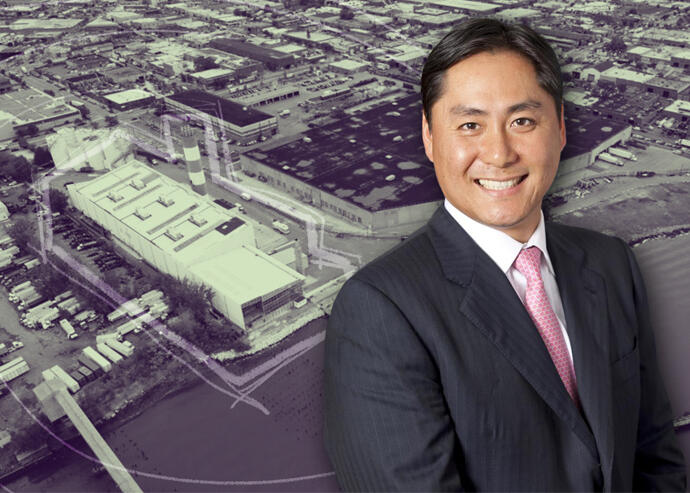 Andrew Chung’s Innovo Property Group is making another big bet on an industrial project in the Bronx.

The developer is in contract to purchase a nine-acre site at 1110 Oak Point Avenue and 155 Tiffany Street in Hunts Point, according to materials posted on the real estate investing platform Crowdstreet. Innovo is aiming to raise equity for the $144 million project through the platform.

Innovo plans to expand an existing structure to create a 340,000-square-foot warehouse, as well as add more parking to the property. Meanwhile, the site would be marketed for lease as-is, or as a potential build-to-suit redevelopment opportunity. It offers 760,000 buildable square feet, according to the materials reviewed by The Real Deal.

Innovo plans to spend $102.5 million to acquire the site, according to the investor materials. The project’s senior debt is projected to be about $109.8 million, while investor equity is about $26.3 million. Innovo did not immediately return a request for comment.

The plan would be a windfall for owners Joshua and Jack Guttman, whose company, Pearl Realty Management, bought the site for $24 million in 2016. The Guttmans would remain part of the project as a lender. Jack Guttman did not return an email message seeking comment.

Innovo Property Group has been one of the most active warehouse developers in New York City in recent years.

The company is currently building a 1 million-square-foot industrial building at the former site of Whitestone Multiplex Cinemas at 2505 Bruckner Boulevard, in partnership with Square Mile Capital. Last spring, the developers secured $305 million in construction loans from Bank OZK and the finance arm of EverWest Real Estate Investors. The Bronx project is expected to be completed by the first quarter of 2022.

Innovo also plans to build an 842,175-square-foot, five-story warehouse at 23-30 Borden Avenue in Long Island City. The developer secured a $155 million construction loan for the project.

And in 2019, Chung and his financial backer, Hong Kong-based Nan Fung Group, bought out Westbrook Partners’ 90 percent stake in a warehouse at 24-02 49th Avenue in Long Island City, Queens. The transaction valued the seven-story, 800,000-square-foot property at $430 million.