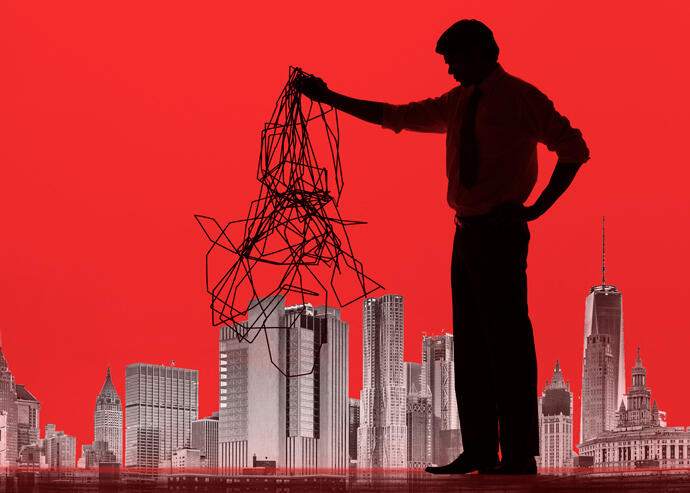 The following is a preview of one of the hundreds of data sets that will be available on TRD Pro, the one-stop real estate terminal that provides you with all the data and market information you need in one single location. Arriving summer 2021.

Mind the gap? Each quarter brings reports from brokerages tracking Manhattan’s residential market — and each quarter there are unexplained gaps in those figures, painting a sometimes murky picture of the housing market.

In an attempt to reconcile some of these differences, The Real Deal analyzed the first quarter Manhattan market reports from the city’s top residential brokerages. To account for outliers and provide a more middle-of-the-road view, we introduced an aggregate figure across key metrics by averaging the numbers provided.

There was a consensus among the reports that the Manhattan housing market is inching towards equilibrium thanks to a combination of declining prices and rising sales volume. But, there were some wide variations in the numbers.

“They’ve never been consistent,” Jonathan Miller, head of appraisal firm Miller Samuel, said of the differences between the market reports. Miller, whose firm has worked on Douglas Elliman’s reports for decades, said that Elliman’s data, for example, includes sales by its brokers that have not yet appeared in property records. While this practice makes Elliman’s figures more accurate, it also makes it impossible to have uniformity across the reports.

Still, some metrics are more consistent than most. The aggregate median price in Manhattan was at $1,075,000 and two firms — Elliman and Serhant — had the same figure.