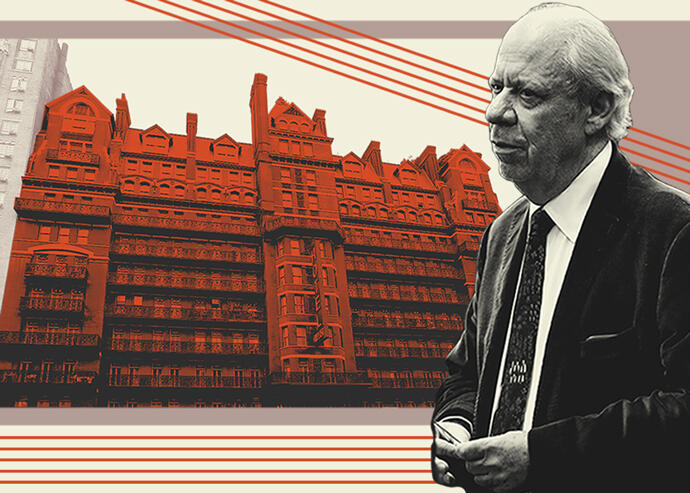 The Chelsea Hotel was once a bohemian utopia, home to the likes of Leonard Cohen and Patti Smith, and inspiring countless other artists.

But in the past decade, the historic property has become more of a dystopia, both for its owners and a small but vocal group of longtime tenants. Residents have sued owners past and present, alleging harassment via construction. And plans to renovate the hotel, which have been in the works since at least 2012, were temporarily halted in 2018 after the city issued a stop-work order.

Now, the current owners — hoteliers Ira Drukier, Richard Born and Sean MacPherson, who also own the Jane Hotel and the Bowery Hotel — have filed a lawsuit against the city, the Department of Buildings and the Department of Housing Preservation and Development, alleging that the delays cost them at least $100 million.

The complaint alleges the city relied heavily on tenants’ complaints, which it says were “hyperbolic, exceedingly exaggerated, misleading, or outright false,” to stop construction at the property. It further alleges that HPD “arbitrarily and capriciously” forced a change to the city’s official records without basis. This resulted in two years of delays and hefty costs to the developers, according to the suit.

“Not only did the city wrongfully stop construction under valid permits years into the hotel’s redevelopment, but it hid how and why it did so,” said Jennifer Recine, an attorney at Kasowitz Benson Torres, who is representing the development group.

Neither the city’s Law Department or HPD responded to a request to comment.

The lawsuit also alleges that prior to a hearing in front of the city’s Office of Administrative Trials and Hearings, the tenants’ lawyers demanded $25 million from the hotel owners in exchange for withholding testimony. The tenants then allegedly bumped up their demand to $47 million closer to the hearing, according to the complaint.

The tenants’ lawyer refuted that allegation. “Our negotiations were confidential discussions between attorneys, and we dispute the accuracy of that statement,” said attorney Leon Behar.

The lawsuit is the latest twist in the hotel’s long, at times agonizing history.

In 2016, Drukier, Born and MacPherson bought the hotel for $250 million with the goal of bringing new life to the dilapidated property. The previous ownership group, led by Joseph Chetrit and Ed Scheetz, had already received construction permits in 2012, and the new owners wanted to finish carrying out that work, including renovating the lobby and completing interior work on new rooms.

Those plans hit a roadblock two years later, when HPD allegedly changed the hotel’s occupancy designation to “single-room occupancy multiple dwelling,‘’ where some units had a shared element such as a kitchen or bathroom. Under that classification, the developers could not proceed with planned unless they obtained a certificate of no harassment, a document that stated that the landlords were not harassing tenants. The developers applied for one in early 2019, and HPD began an investigation soon thereafter.

Tensions had already reached a boiling point between the developers and a group of tenants who had previously been allowed to live at the hotel on a long-term basis under rent-stabilized leases. Some of these tenants complained to the city about the construction, claiming it made their living conditions worse. The remainder of the 50 or so tenants supported the developer’s plan, according to the lawsuit.

In August 2019, HPD said there was cause to believe that harassment occurred at the hotel. A month later, HPD filed a petition against Drukier, the certificate’s applicant, and the case was moved to the city’s internal law court. In the lawsuit, the plaintiffs call the OATH hearing, which took place between last March and November, “a brutal uphill battle.”

Shortly before the trial was set to resume in January 2021, the ownership group found a document showing that the hotel had been classified as a luxury hotel in 1997. This exempted the hotel from the SROMD designation. HPD withdrew its case in January, claiming that it had no record of the luxury exemption.

Two days later, DOB rescinded its stop work order. Construction has since resumed, and the owners recently told the New York Times they aim to open the hotel by the end of the year.