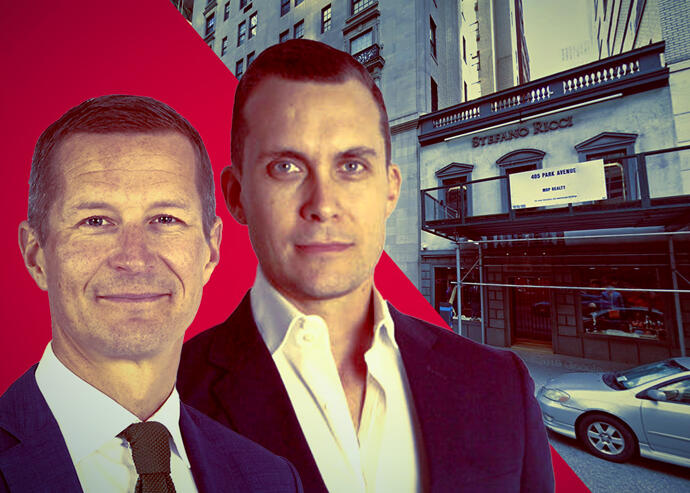 At two stories tall, the building at 407 Park Avenue stands out for being short.

The buildings on either side of it are six or seven times taller. One of them, a 14-story, 29-unit cooperative at 417 Park Avenue, was sold for $184 million last year to two real estate firms planning a larger project on the site.

That put the owner of 407 Park in an enviable position. Land Finance, based in Washington, D.C., had bought the 4300-square-foot retail property for $8.7 million in 2010. The company just sold it for $31 million to the two firms, GDSNY and Klövern. Crain’s first reported the deal, which the companies announced in a press release May 3.

The 2017 Midtown East rezoning allows for 32,000 square feet at the address, which the new owners can combine with the 220,000 permitted next door to do a sizable office project, according to the publication.

The retailer at 407 Park Avenue is Stefano Ricci, a luxury men’s clothier who opened there in 2005, the New York Sun reported at the time. Ricci, who started his eponymous business in Florence with his wife Claudia in 1972, was described in 2017 by the New York Times as the “clothier to the .001 percent.” His clients include Tom Cruise and Robert De Niro.

Construction has slowed this year: Applications in 2021 total 5.4 million square feet, the smallest number to start a year since 2010.