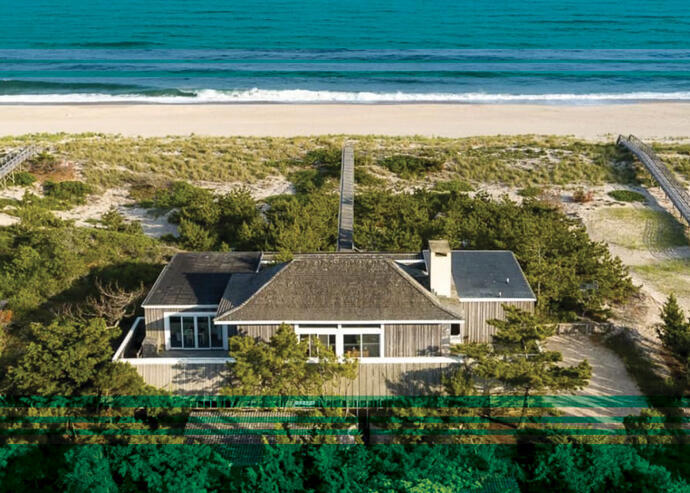 The 10 priciest Hamptons sales this year Home sellers’ usual strategy is to list in the spring, when buyers are most active. But Hamptons buyers could hardly be more active than they have been in recent months. Jonathan Miller, president of appraisal firm Miller Samuel, gave The Real Deal a rundown of the 10 most expensive South Fork deals to close to date in 2021.

The most expensive sale to date in 2021 closed in February, according to Miller Samuel. Little information is available about the off-market East Hampton sale, but Hamptons Hot Sheet identified the seller as Jim Chanos, owner of Kynikos Associates and also known as the “Darth Vader of Wall Street” for his short-selling skills. The 3-acre estate includes a tennis and basketball court, according to 27 East.

The second most expensive sale so far this year closed in January, according to Miller Samuel, though details about the Sagaponack property online are scarce. It has four bedrooms and five bathrooms, according to Zillow. The 2,668-square-foot home, built in 1994, sits on nearly 3 acres. According to Curbed, the home last sold in 2006 for $6.1 million.

This 7,422-square-foot mansion was sold in March for $2,829 per square foot. The seller was represented by 51 Sandpiper Lane LLC, and the buyer was represented by New Sandpiper LLC. The Bridgehampton home has seven bedrooms and seven and a half bathrooms, according to Realtor.com. It sits on 1.2 acres and features an 18-by-43-foot swimming pool. Vincent Horcasitas with Saunders & Associates had the sale. The home had last sold for $5.8 million in 2018, property records show.

Built in 1976, this Southampton home sold in late March. The seller was represented by JNC Halsey LLC and the buyer by 1384 Meadow Lane LLC. The property, which spans 2,244 square feet, sits on about 3 acres. Amenities include a heated pool and tennis court. Corcoran’s Tim Davis handled the sale. The home was listed in July 2019 for nearly $22 million, per Out East. It had sold for $16 million in early December, property records show, suggesting that it was flipped in less than four months for a tidy $4 million profit.

This 7,900-square-foot, single-family home in Bridgehampton sold in January for $400,000 above ask. Jennifer and Howard Highman sold it to a buyer represented by 183 Jobs Lane LLC. The home has seven bedrooms and six and a half bathrooms, and sits on nearly an acre of land. David Lineweaver of Saunders & Associates had the listing. The property sold for $216,000 at the end of 1996 and $3.75 million in 2017, property records show.

This Sagaponack home in Southampton sold in March for $903 per square foot. Susan and Eugene Kinsella sold the property to a buyer represented by 515 Parsonage LLC. The home spans 11,760 square feet and sits on nearly 2 acres. It has three levels with amenities including a gourmet chef’s kitchen, professional gym, sauna and steam spa. Korine Konzet of Brown Harris Stevens was the listing agent for the property, which sold for $3.3 million in 2010. The price peaked at nearly $14 million last fall before it was chopped to roughly $12 million in December.

This Montauk property was sold in February, according to Miller Samuel. The home, surrounded by trees, sits on a lot of about an acre and once had a Redfin estimate of $6.8 million. It is north of the highway — meaning not the beach side, but close enough to hear the ocean. Satellite photos show multiple structures on the property but no pool.

This seven-bedroom, eight-bathroom home in Westhampton Beach went for $1,492 per square foot in March. It was sold by Judith Pace to Josephine and Gary Flood, according to property records. The 6,500-square-foot home sits on about an acre of land and features a media room, pool, spa and tennis court. Jean-Marc Zarka of Douglas Elliman represented the seller. It was asking about $11 million when it went into contract in November.

In the Amagansett section of East Hampton, a four-bedroom, three-and-a-half-bathroom beach house spanning 3,000 square feet traded in February for $3,167 per square foot. Sheila and Jeffrey Britz sold the property to Kyra and David Barry. The single-family home sits on roughly 2 acres and is a brisk walk from Indian Wells, Amagansett and Atlantic Avenue beaches. David Zazula of Saunders & Associates handled the sale. The home was first listed for $15 million in 2019, according to Out East.

This piece of Henry Ford II’s 250-acre, ocean-accessible Southampton estate sold in February, according to Miller Samuel. The 12,000-square-foot home sits on 2.5 acres of land and has 10 bedrooms and 13 bathrooms. Amenities include a gym and a tiered 16-seat screening room. The seller was represented by Delaware Trust Company, Pacific Partners and Malverne Trust, and the buyer by 21 Fordune LLC. Corcoran’s Gary DePersia brokered the sale. The property sold for $8.7 million in 2008.