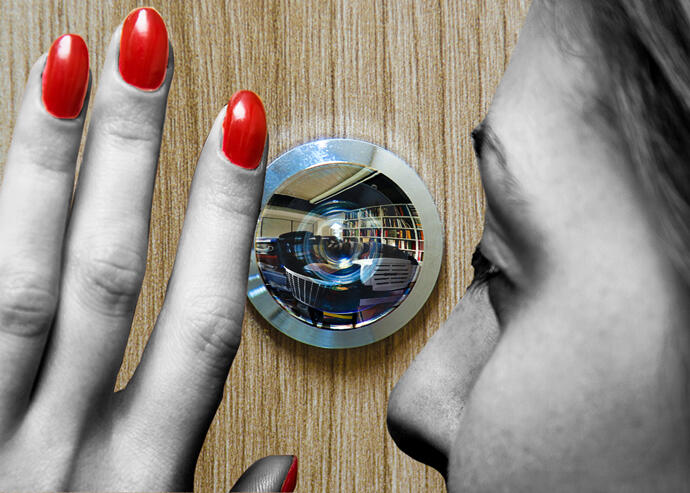 New York’s housing law includes a safeguard against self-help evictions, or when a landlord swaps the locks or shuts off utilities to unlawfully evict a tenant.

A renter can bring an illegal lockout proceeding against their landlord to expedite the case through housing court and get back into their apartment. But a Queens landlord recently used the law to flip the script.

The landlord’s claim: a potential tenant had unlawfully taken possession of an apartment at 119-20 Union Turnpike.

Eva Gallimore, the tenant in question, submitted an application for the unit on April 1. The online platform Rezi approved her on the condition that she provide proof of income. She was then asked to pay the first month’s rent and a security deposit, as well as sign the lease, which would then require the landlord’s countersignature. She began the process of filling out the paperwork.

While that was going on, Eva’s sister Esther set up an appointment to view the apartment on April 6, using a lockbox key to enter the unit. Esther maintained she was visiting to take measurements, but when she left the apartment, she kept the key.

The same day, the rental company asked Eva for a pay stub, and asked for a bank statement the following day. There had been a problem verifying her employment status.

Eva didn’t provide the extra documents. Instead, on April 8, she moved into the unit with her mother and sister, the same day the rental platform refunded her payments. Rezi subsequently told Eva that the landlord wouldn’t sign the lease and let her know she had to vacate. She argued that because she had already moved in, she was now a legal tenant.

Later that month, Carr took the case to court. To sidestep the waiting period imposed by the Covid eviction moratorium, he argued that Eva had instigated an illegal lockout proceeding against the landlord without due process.

“Probably every other case except for two or three is by a tenant whose landlord locked them out” Carr said. “But just because the statute is always used by tenants doesn’t mean there’s anything in the statute that says you have to be a tenant.”

After a denial, then an appeal, Judge Clifton A. Nembhard ruled that because the law does not exclusively pertain to residents, the owner could invoke the proceeding to reclaim their property.

And just like that: a new precedent is born.