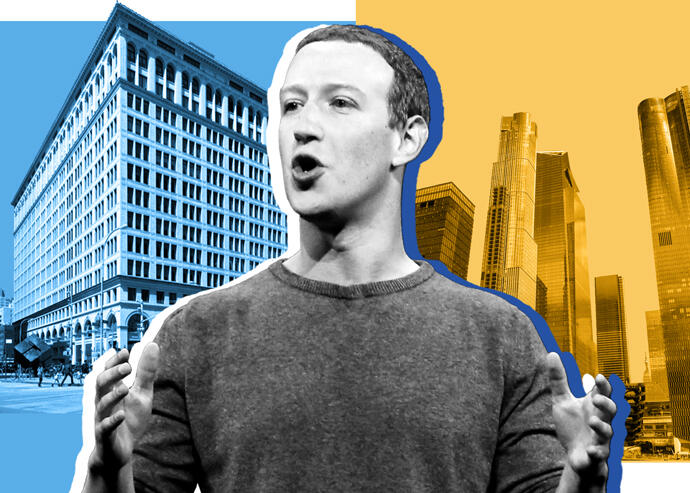 Facebook’s NYC offices will open to employees in July Facebook was one of the first major companies to give employees the option of working from home permanently in the wake of the pandemic.

Now, a year on and amid a broader push to get workers back into offices, the social media giant is starting to open up again. In an email, the company informed workers that its Manhattan offices will open July 12 at 25 percent capacity, Bloomberg News reported.

Employees that have been working remotely since those offices closed last spring will be able to continue doing so until a month after a return to 50 percent capacity. For its largest offices, Facebook does not expect that to happen until early September. Masks will be required, as will weekly Covid tests “where possible,” a spokesperson told Bloomberg News.

The announcement comes as other companies plot their returns to the office — some of which will happen as soon as next month. That includes Blackstone, JPMorgan Chase, Goldman Sachs and Morgan Stanley.

Other tech companies are taking a more flexible approach. For example, Yelp is rolling out its hybrid office plans one office at a time, starting in Phoenix with 150 employees.