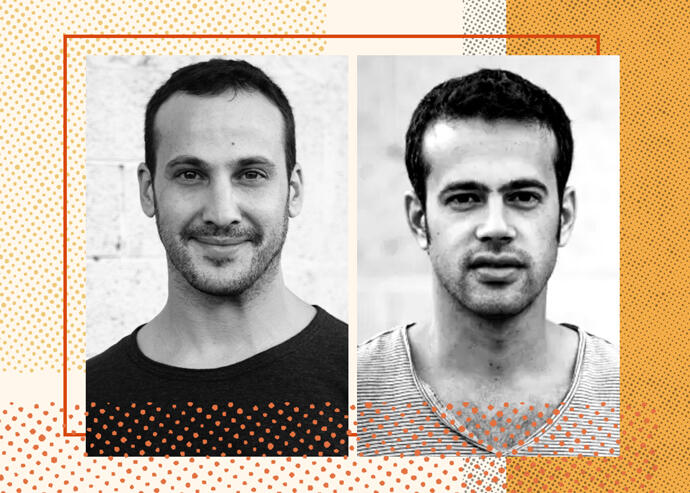 Venn co-founders Or Bokobza and Chen Avni (Photos via Owler, The Centre for Conscious Design)

A property tech startup is betting that New Yorkers, after a year spent huddled inside, could use a little help meeting and mingling with their neighbors.

The firm, Venn, just raised $60 million in venture capital — funds earmarked, in part, to build out its New York footprint. The company launched its eponymous app in 2017 as a hyperlocal social network designed to connect users with nearby events and businesses and each other.

In 2019, co-founders Chen Avni and Or Bokobza started marketing the service to landlords. Their pitch: If renters feel connected to where they live, they’ll be less likely to move.

Property owners in Brooklyn bought the idea — literally — and Venn signed its first 24 buildings in Bushwick that December.

The app costs landlords $40 per unit per month. Venn’s data shows buildings using its platform cut tenant turnover by 30% and vacancies by 40% in 2020 — a year when urban-flight rattled big cities.

Venn’s renters — “Venners” — get a shared unit in a building that behaves like a co-op.

Each property has a volunteer “building leader” who organizes events. There’s a newsfeed to post about goings-on and a marketplace to buy and sell goods and services: yoga lessons, for example.

Counting this latest fundraising round, led by venture capital firm Group 11 with support from Pitango, Hamilton Lane and Bridges Israel, Venn has raised a total $100 million. Bokobza said the recent pool of money will go towards two goals: expanding their New York headquarters and ramping up research and development to improve the app.

“The idea is that, at the end of the day, it will run automatically,” said Bokobza.

The platform also plans to put down roots in five new cities this year. Currently, Venn is live in Tel Aviv, Berlin and Kansas City, in addition to Brooklyn.

Bokobza is betting that Venn’s uptake during Covid —a 1,200 percent jump in users last year— will translate into continued expansion as tenants, craving experience, turn to the app to “participate” in their community.

“I have a big belief that the platform is going to improve more and more and more in terms of participation,” said Bokobza. “We will keep seeing that retention is higher, vacancy is lower and organic demand is stable.”