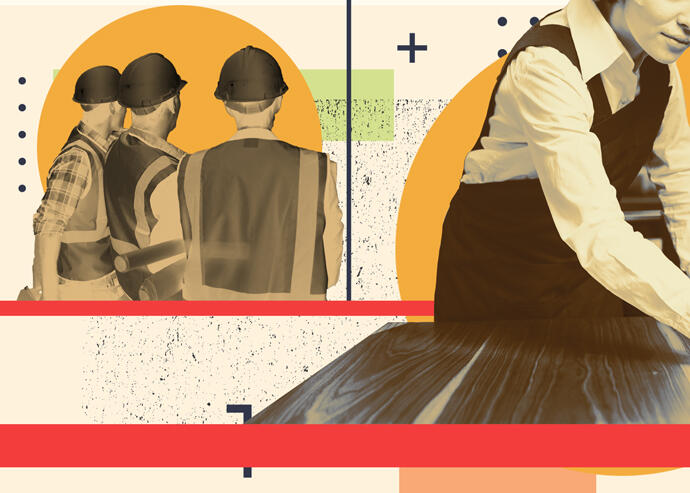 Leisure and hospitality led job gains in May as employers hired 559,000 people last month, more than double the month prior. (iStock)

Employers added back 559,000 jobs to the U.S. economy in May, more than double the number in the previous month. While that is confirmation that the economy is recovering from the pandemic, it’s coming back at a slower pace than economists had predicted.

The gains were “lower than anticipated,” according to Mike Fratantoni, chief economist at the Mortgage Bankers Association. The figures are part of a monthly job tally released by the Bureau of Labor Statistics.

Leisure and hospitality, the industry most damaged by the virus, led job gains, hiring 292,000 workers last month, down slightly from April. Restaurants and bars did a majority of the hiring, bringing back 186,000 workers.

Summer will be a test for the strength of the industry as throngs of Americans are expected to vacation for the first time in more than a year. The business travel sector, however, expects a more gradual return, since many businesses have continued to operate virtually.

The rate of people returning to work in offices slowed last month, with 16.6 percent of employed people working remotely, down from 21 percent and 18.3 percent in March and April, respectively.

Employment in retail remained largely unchanged. Hirings in real estate and rental and leasing slowed from April. The construction industry lost 20,000 jobs as employment in non-residential building declined. The rising demand for new homes reflected in spiking prices has outpaced the growth in hiring, with residential construction hirings up only slightly in May.

Katerra is expected to lay off thousands of workers as the Softbank-backed, prefabricated home manufacturer shuts down. Meanwhile, the costs of building materials from concrete and lumber to paint and wiring have never been higher.

“While the debate continues over whether enhanced unemployment benefits are keeping people from looking for work,” said Fratantoni, more people who had faced long-term unemployment found jobs in May than in any other month this year.

Economists’ concern for long-term unemployment comes from its dispiriting effect, increasing the likelihood that individuals will drop out of the labor force and stop looking for work altogether.

Still, the U.S. economy is forecast to grow more in 2021 than any year in the last decade. That welcome news has also stoked fears of 1970s-style inflation among some economists, though the goal of government policy remains spurring the economy.

Last May, the economy added 2.5 million jobs as many businesses emerged from government mandated closures and the loss of 22.1 million jobs, an unprecedented disruption to the nation’s labor market.