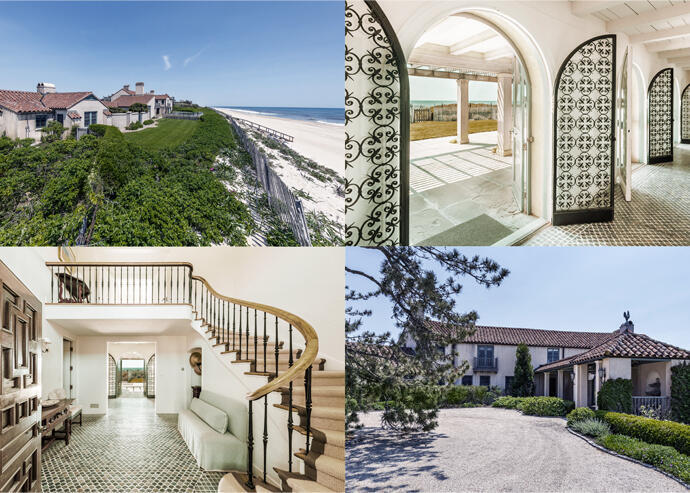 An East Hampton property nicknamed “Cima Del Mundo,” meaning top of the world, is now at the top of the market.

The home at 201 Lily Pond Lane is asking $69 million. This is the first time it has been on the market in 75 years.

Built in 1925 and renovated in 1994, the home has eight bedrooms and seven and a half bathrooms. Notable features include a curved stairway, eat-in kitchen, five fireplaces, a study, a double-height living room and a three-car garage.

On the exterior are a pool, pool house, terraces and second-floor deck. The home is situated on 2.7 acres with 400 feet of ocean frontage.

Ed Petrie of Compass has the listing. He declined to comment.

The home once belonged to Eugene Williams — the late CEO and chairman of St. Louis Union Trust and board member of several American corporations, including Olin Corp, American Airlines and Emerson Electric — and his wife Evelyn.

The property is the latest to hit the Hamptons market with a hefty price tag, but with demand high and supply low, any deal is possible. Earlier this year, a property asking $145 million went into contract. Others have also sold at historically high price points.