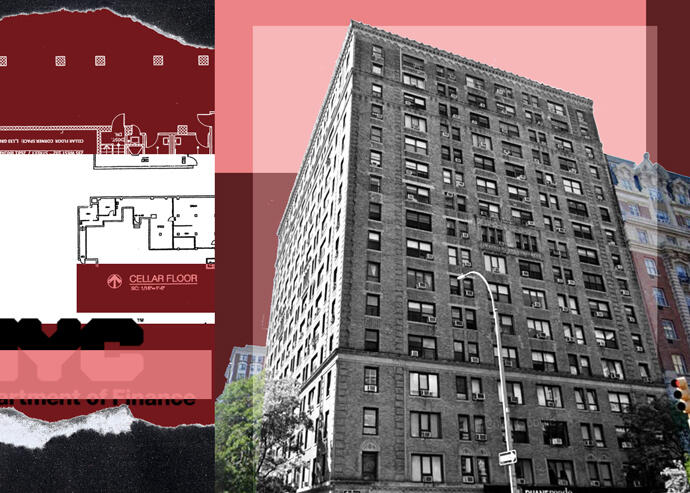 The abandoned cellar under your property could be hiding unspeakable horrors — like millions of dollars in tax overcharges.

That’s what a commercial landlord on Manhattan’s Upper West Side faced in 2019 after discovering the taxable square footage of his property incorrectly included more than 8,100 square feet in unused cellar space.

New York City’s Department of Finance acknowledged the oversight, but has refused to provide a full refund, according to a lawsuit filed Friday in Manhattan supreme court.

The revised tax figures “make no sense, and it is clear that the DOF wrongfully failed to follow its own prior determinations” of the taxable area, the landlord’s lawyers wrote in a memorandum. “The DOF’s actions were clearly arbitrary and capricious.”

The landlord LLC, an affiliate of Roxann Realty, has owned the commercial condominium unit at 235 West 102 Street (or 2681 Broadway) since 2011, public records show. The property is partially occupied by a Duane Reade store, while the rest of the commercial space has been vacant since at least 2015, according to court documents.

The retail units are located at the base of the Broadmoor, a 16-story, 346-unit co-op built in the 1920s. Representatives for Roxann and the Department of Finance did not respond to requests for comment.

According to a condo declaration for the Broadmoor, the commercial condo unit has an area of 20,356 square feet, which is the same figure the DOF originally used to assess taxes for the property. But taxes are rarely so simple.

Guidance from the DOF states that basements in commercial properties are only counted towards taxable square footage if they meet at least two of three criteria: that they be “active”, “finished” and/or “publically accessible.”

In 2019, according to the suit, the landlord realized that he could save millions in taxes because the cellar was neither active nor publicly accessible. Roxann’s counsel filed a “clerical error form” the following year, seeking refunds for each tax year from 2015 onwards.

The pandemic has made property taxes an even more contentious topic than usual, with property owners and local governments across the country facing heightened financial stress.