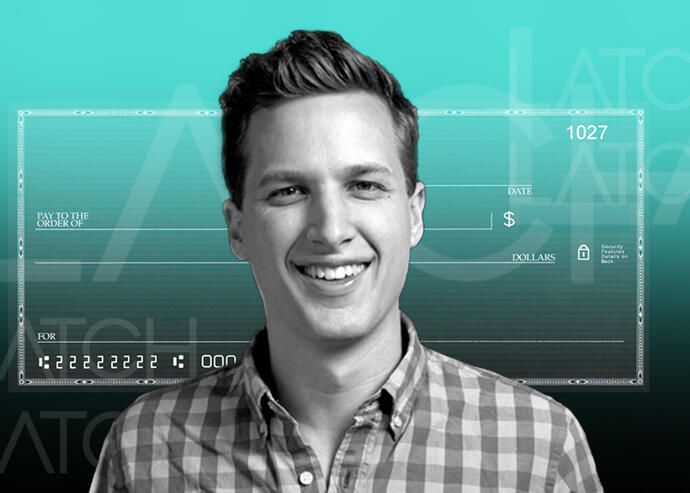 Latch is attempting to unlock its potential in the public markets.

Latch is the latest real estate company to try its luck at raising money through a special purpose acquisition company. A SPAC provides an alternative to a traditional IPO and can be a windfall for company insiders.

A number of property technology companies have jumped on the SPAC craze. And despite concerns from regulators, investors continue to pour money into the space.

Latch, which trades on the Nasdaq stock exchange, went public by merging with TS Innovation Acquisitions Corp, a SPAC launched by developer Tishman Speyer. Latch said it raised $453 million in cash from the public offering. It plans to release additional financials June 9.

The company plans to use the money to add locations and services, according to a press release.

Latch, founded in 2014 by its CEO, Luke Schoenfelder, initially focused on apartment buildings. It allows tenants access to their homes via a smartphone app rather than a physical key. It announced last week that tenants can gain access to their Latch credentials through Apple Wallet.

The company is now seeking to break into the commercial office market by replacing some functions traditionally handled by the front desk. It recently launched a pilot program in New York City at the Empire State Building, Brookfield Place and Rockefeller Center to test a new service to reduce wait times in lobbies.

Schoenfelder recently told The Real Deal that his company had seen its “strongest growth ever during the pandemic.”

Latch in 2019 raised $126 million through a Series B funding round, which included such investors as Brookfield Ventures and Tishman. At the time, the company was valued at $454 million. The company says that one in 10 new apartment buildings in the U.S. has Latch products.

Unlike with a traditional IPO, a SPAC offering does not have to disclose to investors the specific investments that it plans to make. The lack of disclosure combined with underwhelming returns for investors has led the Securities and Exchange Commission to caution investors about putting money into these offerings.

The 330 SPAC IPOs in the United States have reaped $104 billion, according to SPAC Research.

Latch’s public offering also shows the interest in property technology, or proptech. Investors are betting big on the sector, which seeks to modernize parts of the real estate industry that have historically been tech-averse such as title insurance, mortgage closings and construction.

Established real estate firms such as Lennar are investing in the sector to improve their own operations. Lennar, the country’s largest homebuilder, has sunk over $300 million combined into 20 startups.