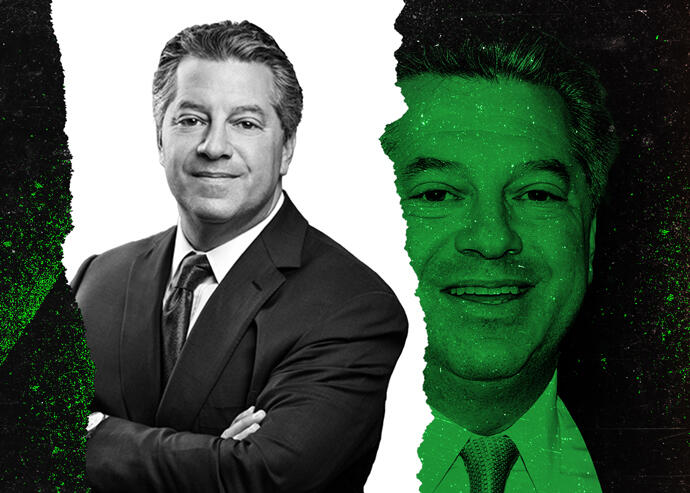 After a year that saw SL Green’s stock fall by as much as 54 percent, shareholders of New York’s biggest office landlord say the chief executive’s performance doesn’t warrant a bonus.

Nearly two-thirds of SL Green investors during the company’s annual meeting Tuesday opposed a compensation package that would have padded CEO Marc Holliday’s pockets with an added $14.8 million for 2020, Crain’s reported.

The bonus would have been 9 percent lower than what Holliday was awarded in 2019. Still, the executive would have earned a noncash bonus — a long-term incentive — twice as high as last year’s.

The company wrote in a filing that the approximately 10 percent reduction took into consideration the company’s achievements while recognizing its stock price declines, the publication noted.

The real estate investment trust’s annual revenue fell by 16 percent last year and shares are down 14 percent from their pre-pandemic price.

“Significant concerns are raised regarding the [long-term incentive] program,” corporate governance advisory firm Institutional Shareholder Services said in a report cited by Crain’s. The report added that the company’s annual performance didn’t merit the proposed award and vastly exceeded the firm’s own target of $4.5 million.

This isn’t the first CEO package shareholders have shot down. Last month, Sterling Bancorp investors said no to a bonus for CEO Jack Kopnisky, who earned a higher salary and cash award last year as the bank’s earnings fell by half.

Stockholders have turned down 3.1 percent of executive pay plans in 2021 — a third because of pandemic concerns, consulting firm Semler Brossy told the news outlet. About 5 percent of real estate compensation packages were rejected.

SL Green just secured $3 billion in refinancing for its new skyscraper, One Vanderbilt. Funds will go toward refinancing a $1.4 billion construction loan, returning $1 billion in equity to the sponsor and boosting reserves for outstanding construction costs by $70.9 million, according to Fitch Ratings. Some $151 million will go towards tenants’ free rent and $107.2 million toward unit improvements.

The loan is one of the largest commercial mortgage-backed secured deals recorded, Crain’s wrote.