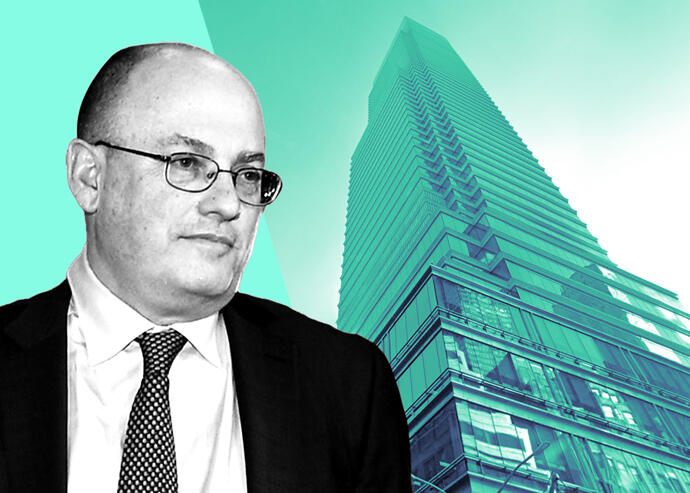 After eight years on the market, the luxury duplex of Mets owner and Point72 Asset Management founder Steve Cohen finally sold for 3.4 percent above asking price — after a significant price cut.

The five-bedroom duplex at 151 East 158th Street first hit the market at $115 million in 2013. It bounced between four brokerages, shedding millions of dollars from its price with each relisting, Bloomberg News reported.

A final cut to $29.5 million — along with signs of New York City’s comeback — brought results. Two interested parties, one who had viewed the unit years back, then bid up the price, said Erin Boisson Aries, whose team at Christie’s International Real Estate spearheaded marketing.

The apartment at One Beacon Court, between Midtown East and the Upper East Side, ultimately sold at $30.5 million in a deal that closed Friday. Cohen paid $24 million for the place in 2005, according to Bloomberg.

The sale is the latest sign that Manhattan’s luxury real estate market, which had slumped for years, is finally finding traction as buyers snap up discounted digs.

Last week, 31 Manhattan homes listed for $4 million or more went into contract — the 18th straight week with at least 30 such deals, according to Olshan Realty. That’s the longest streak in 15 years.

Data from Miller Samuel shows 90 percent of sales above $10 million in the past year sold at or below an asking price that had often been reduced several times.

“Everyone’s been surprised by the uptick in activity and it’s in large part from the right pricing,” Adam Zucker, a managing director on Aries’ team at Christie’s told Bloomberg. “There’s finally a meeting of the minds in the market.”