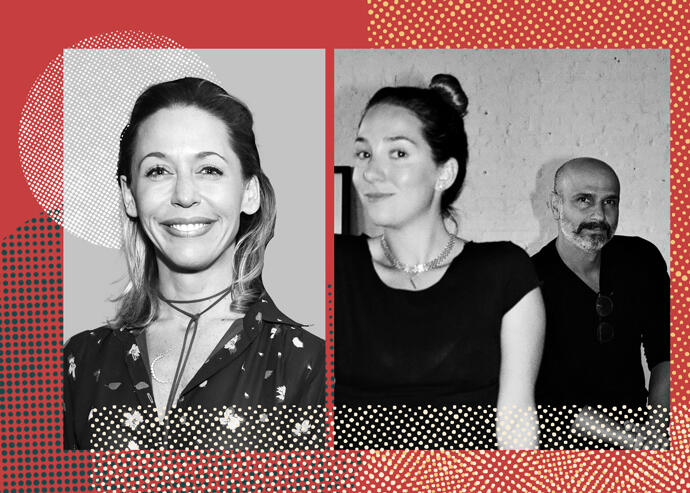 A marketing veteran who held high-level posts at Douglas Elliman and WeWork is joining a dating-app-inspired proptech startup.

Nicole Oge, who previously served as chief marketing officer at Douglas Elliman and oversaw marketing at WeWork, is taking on the post of chief growth officer at the app-centric residential brokerage Casa Blanca.

Oge said the app makes Casa Blanca more of a consumer-facing company as opposed to traditional brokerages, who rely on their agents to form and maintain relationships with customers.

“We are thinking through the lens of the consumer,” she said. “The app is the best example of this — similar to dating apps, the Casa Blanca app gets smarter the more a user engages with it. All communication and scheduling happens right in the app.”

Casa Blanca was founded last year by Hannah Bomze and Erez Zaurer, and earlier this year the company raised a $2.6 million seed-funding round. Bomze was previously an agent at Compass and Doulgas Elliman, though a spokesperson for Casa Blanca said she and Oge met through a mutual acquaintance after their time at the brokerage.

The company’s backers include Samuel Ben-Avraham, an early investor in WeWork. It has 38 agents in New York City and Colorado, and after recording $100 million in sales last year, aims to reach $250 million by the end of this year.

Oge joined Douglas Elliman in 2014 and oversaw an ambitious marketing expansion that aimed to position the real estate brokerage as a luxury consumer brand as it expanded into new markets, such as Aspen and Southern California. Those efforts included the publication of a short-lived quarterly magazine, “Elevate,” featuring articles by Vanity Fair writers, as well as “Elliman” magazine, which is still in publication.

She left the brokerage in 2016 and joined WeWork two and a half years later, right after it had rebranded itself as the We Company ahead of its ill-fated 2019 IPO effort. In the interim, she launched Labyrinth, a New York-based marketing and branding consultancy.