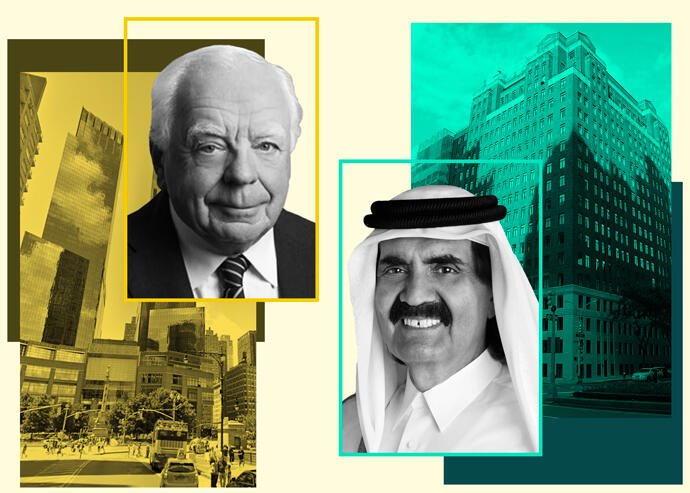 Green Mountain coffee founder Bob Stiller had paid $35.5 million to assemble a 5,300-square-foot spread on the 74th floor of the Mandarin Oriental Residences at 80 Columbus Circle between 2011 and 2014. He sold the unit last month for $23 million — a 35% loss, property records show.

At the same time, an entity linked to the Qatari royal family sold a 6,100-square-foot condo at developer Harry Macklowe’s 737 Park Avenue for just under $15 million. That’s a 27 percent loss from the $20.4 million the royal paid in 2017.

The spacious units were in prized locations overlooking storied parts of the city — Central Park and Park Avenue, respectively — but that doesn’t command the premium that it once did.

In the case of Stiller, who invested $150,000 in the 1990s into what became Keurig, it appears the haircut did not take the billionaire by surprise. When he listed the condo in 2019, two years after he finished combining the two adjacent units he had bought, he was hoping to get $29 million for the unit. After a year, he dropped the asking price to $25 million. The six-bedroom unit went into contract in February.

The buyer, who purchased the condo through an anonymous Delaware LLC, is a New Yorker who was moving back to the city after living overseas, according to listing broker Alexa Lambert’s account of the deal, cited in the Olshan Report.

For the 737 Park pad, the royal entity had aimed a little higher. The five-bedroom apartment was listed for $22.5 million in spring 2019 but by last summer the asking price had slid to $18 million. Another $500,000 was shaved off the price a few months later.

The listing broker, James Ferrando of Redfin Real Estate, did not respond to a request for comment.

The Park Avenue buyer is an unidentified trust. Timothy Hentzel, who identifies himself as the chief financial officer of a family office, is listed as the trustee. He did not respond to a request for comment.

The sellers’ losses at both condominiums track with the discounts that buyers are getting across the city, even as the number of sales have increased over recent months.