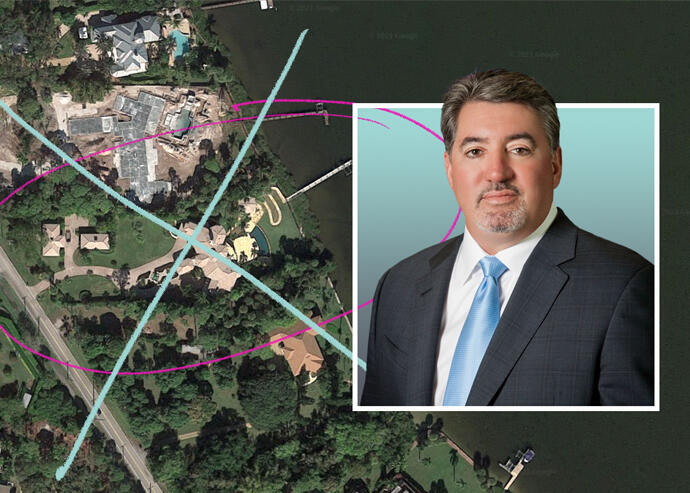 Nick Mastroianni II sold the property back to the sellers at a small profit (Google Maps, Nicholas Mastroianni)

The sellers of a waterfront Jupiter mansion were able to buy back their house within days, in a classic case of seller’s remorse.

EB-5 fundraiser and developer Nick Mastroianni II, who paid $7.3 million less than a month ago for the home of workers’ rights attorney Jerry Neil Paul and his wife, Elizabeth Ann Paul, sold the property back to them for $7.5 million.

The first sale of the mansion at 19681 Loxahatchee River Road occurred May 17, and the second sale was June 4, according to the deeds.

After they sold the home to Mastroianni, the Pauls regretted their decision, according to Rob Thomson of Waterfront Properties & Club Communities, who brokered both deals.

And Mastroianni, under a trust in his family’s name, agreed to sell it back. Mastroianni is founder and chairman of the U.S. Immigration Fund, which calls itself one of the largest EB-5 regional centers in the country.

The 8,891-square-foot, seven-bedroom, 11-bathroom Jupiter estate sits on a 1.7-acre riverfront property with a pool, two outdoor kitchens, a dock and boat lift, according to the listing. The property, developed in 1998, has 180 feet of river views, a six-car garage, caretakers quarters and a guest house.

The Pauls originally paid $5.3 million for the house in 2014, records show.

Jerry Neil Paul is a founding partner of Paul & Hanley, now called The Paul Law Firm, which specializes in mesothelioma and asbestos claims.

In Jupiter, Mastroianni’s Allied Capital and Development of South Florida developed Harbourside Place, a $170 million retail, restaurant and hotel project that was completed in December 2014. Mastroianni raised $99.5 million for the project from 199 EB-5 investors, some of whom later sued over alleged fraud.

Earlier this year, USIF affiliates sued to stop a foreclosure sale that would wipe away a $60 million EB-5 investment in a failed Manhattan tower project that HFZ Capital was to develop with a church.