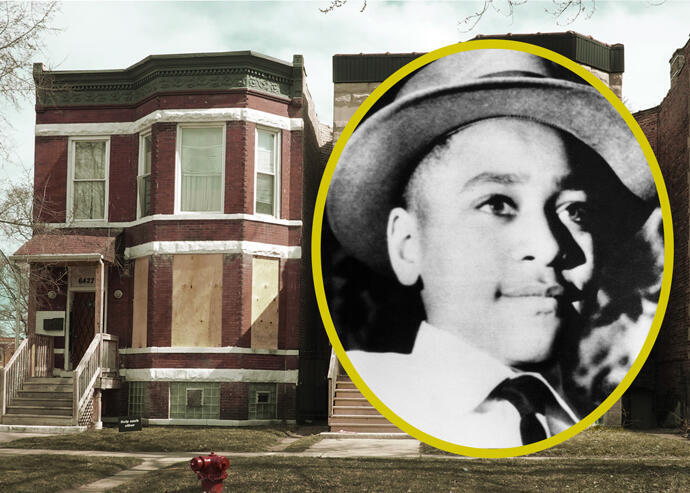 The two-flat building in Woodlawn where Emmett Till lived (Getty)

Chicago is seeing a surge in efforts to landmark homes with a connection to Black history.

Such efforts are underway for seven Chicago homes once owned by historical Black figures, according to Crain’s Chicago Business.

All seven of the properties in some stage of landmarking could become museums.

Some are the former homes of historical figures, including the Woodlawn two-flat where Emmett Till lived and a North Kenwood home owned by blues great Muddy Waters.

The effort to landmark Waters’ former two-flat has the support of the local alderman, Sofia King. The current owner, Waters’ great-granddaughter Chandra Cooper, is raising funds to turn it into a museum.

The one property that was not a private residence is a Washington Park greystone that was once a Phyllis Wheatley Club. The organization ran settlement houses for Black women coming north during the last century’s Great Migration.

The house is severely dilapidated and at risk of demolition.

Purchasing, rehabilitating and preserving historic properties can be expensive, but a successful landmarking can help attract investment and public dollars.

The family of Illinois’ first African American legislator, John W.E. Thomas, is reportedly exploring a landmarking effort for his former home as well.