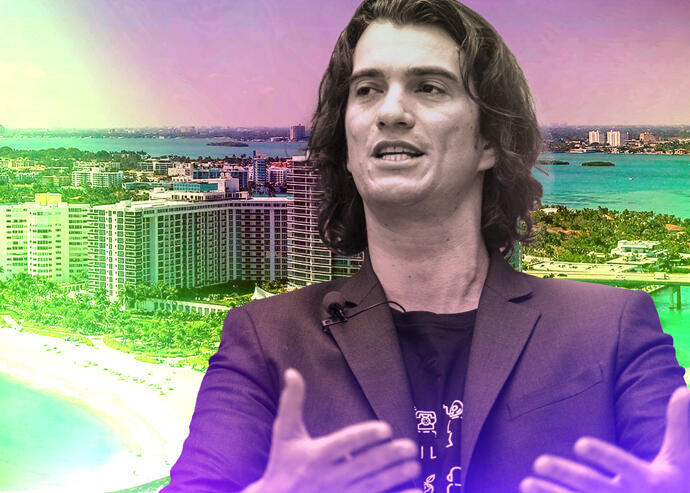 The WeWork co-founder and ex-CEO inked an off-market deal for two properties on the Bal Harbour Marina, just north of Miami Beach, for $44 million, the Wall Street Journal reported.

The purchase comes roughly two months after Neumann sold his northern California estate for $22.4 million.
Local investor Joseph Imbesi is the seller behind the off-market deal, which includes two parcels spanning 50,000 square feet, 360 feet of waterfront and multiple slips in the marina, Imbesi told the publication.

One of the parcels is a 14,500-square-foot house that is still under construction, the other is an empty lot, the publication reported, adding that the seller gave Neumann a $1 million allowance for the unfinished construction.

Although Neumann has said he’d like to live forever, he has at least one lifetime’s worth of cash to burn. In May, the former WeWork chief was given $245 million worth of stock as part of a renegotiation of his exit package from the company.