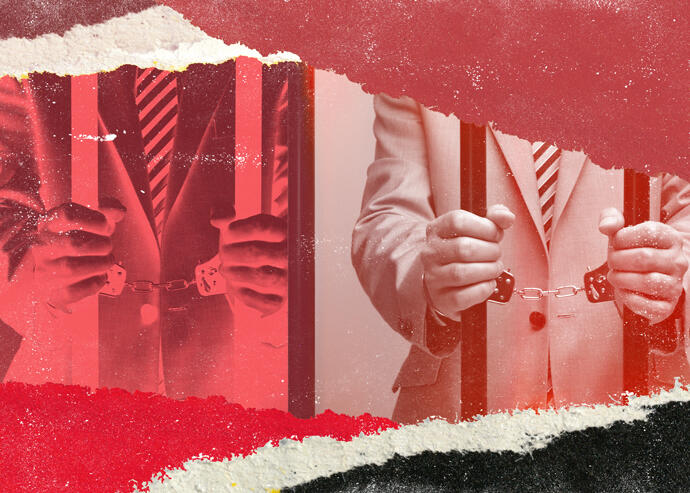 You do the crime, you do the time — at least, that’s the case for these ex-construction heads.

A former Turner Construction executive was sentenced to 46 months in prison for evading taxes on more than $1.5 million in bribes, the DOJ revealed Tuesday.

Ronald Olson, who was vice president and deputy operations manager at Turner Construction between 2011 and 2017, was accused of receiving bribes from construction subcontractors in exchange for work on projects at Bloomberg’s 730 Lexington Avenue headquarters.

Olson did not report the unlawful payments on his tax returns between that time period, and also received bribes in the form of renovations and improvement projects at his Long Island beach house in New Jersey. He pleaded guilty to the tax evasion charge last July. Crain’s New York first reported the sentencing on Wednesday.

Olson was one of more than a dozen executives at Bloomberg L.P., Turner Construction and their subcontracting companies who were caught in the scandal.

Elsewhere on the real estate crime blotter: Developer Daniel Melamed was sentenced to 66 months in prison for conspiring to commit arson, the DOJ announced Tuesday.

Melamed directed that multiple fires be set at residential buildings he wanted occupants to vacate so that he could develop the premises, endangering tenants’ lives and destroying their belongings in the process.

Recorded meetings showed Melamed discussing code words like “milk” or “pour milk” for using fire to vacate building occupants, who were present and asleep when the fires were set.

No humans were physically harmed, though the DOJ said multiple pets were killed when a single-family home in Albertson, New York was “largely incinerated” after the family escaped with their lives.

Melamed was arrested and ordered detained in November 2019. On top of his prison term, Melamed was also sentenced to three years of supervised release and ordered to forfeit $500,000 and pay an additional fine of $50,000.