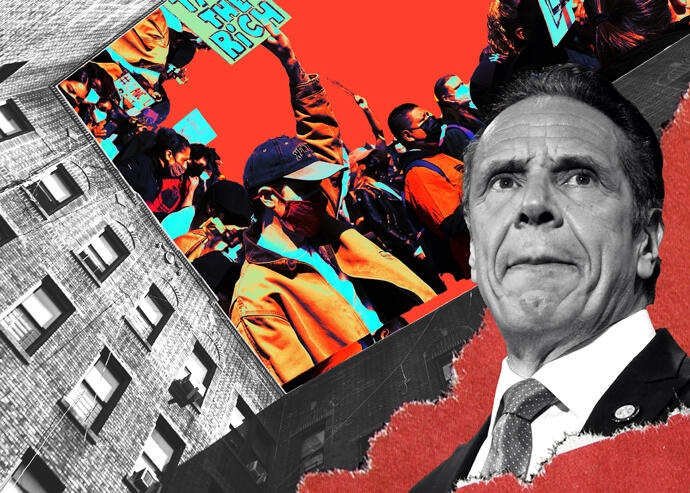 More than 90,000 New York households filed for rent relief in the two weeks after applications for the program went live, Newsday reported Saturday.

The $2.7 billion state Emergency Rental Assistance Program is currently accepting applications from tenants whose household income is no more than 80 percent of their area median income. If approved, they can receive assistance for up to one year of unpaid rent and utility bills, plus up to three months of future prospective rent.

The state expects the program to benefit between 170,000 and 200,000 households altogether, but a September analysis prepared for the National Council of State Housing Agencies estimated that anywhere from 800,000 to 1.23 million New York households could be at risk of eviction.

“If the volume continues this way, we may not be able to get to everybody,” Lakisha Morris, operations director at Catholic Charities, one of the nonprofits helping guide tenants through the program, told The Real Deal last week.

Anthony Farmer, spokesman for the Office of Temporary and Disability Assistance, the state agency that is handling the applications, told Newsday in a statement that the state will work with these households to “ensure this critical assistance is distributed to eligible applicants in a timely manner.”

The long-anticipated federally funded program got off to a rocky start when it launched on June 1. The portal experienced glitches amid heavy demand, and it requires landlord-tenant cooperation to initiate applications.

Vivian Storm, a spokesperson for Nassau Suffolk Law Services, which represents Long Island residents who cannot afford attorneys, told Newsday that the issue with the web portal has since been resolved, and the priority has now shifted to the program’s outreach.

“It’s a great program that should benefit a lot of people,” she said.

The state agency said it will take four to six weeks to process completed applications.