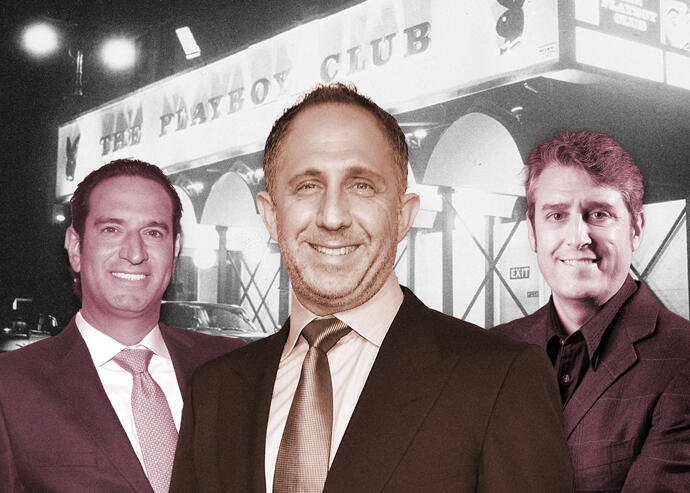 A year and a half after the Playboy club on West 42nd Street was stripped of its name by Playboy Enterprises, an entity linked to the now-shuttered Manhattan venue has filed for bankruptcy.

Shell company 512 W42 Retail LLC, which operated as the Playboy Club NYC and the Playboy Supper Club, filed for Chapter 7 liquidation last week in New York federal court. The company estimates it has $1 million to $10 million in both assets and liabilities.

When the swanky club opened in fall 2018, it was at the center of Playboy Enterprises’ efforts to recast itself as a modern, feminist lifestyle brand. But the vision for the venue unravelled as allegations of misused funds, unpaid bills, fraud and sexual harassment piled up against investor Adam Hochfelder, the lead representative of one of the project’s owners, Merchants Hospitality.

In November 2019, Playboy terminated its licensing deal with the club while the project’s ownership secured an agreement with Live Nation to program Playboy’s former space on the ground floor of the Cachet Boutique New York Hotel.

In 2020, Merchants and Hochfelder had a falling out that became public in October when the firm filed an explosive lawsuit accusing Hochfelder of embezzling money from the West 42nd Street hotel and running a Ponzi scheme through his company email.

Hochfelder denied the accusations and the suit was discontinued in May. But the dispute made it clear that Hochfelder and Merchants’ principals Abraham Merchant and Richard Cohn were no longer partners.

Playboy Enterprises, Abraham Merchant and entities connected to Merchants are listed as creditors in the filing, as is a shell company connected to Hochfelder through his wife.

Today the Cachet hotel is controlled by Hochfelder and Chicago-born entrepreneur Robert Roche’s Asia-based hotel management company, Cachet Hotels & Resorts, according to sources with knowledge of the arrangement. It’s unclear who controls 512 W42 Retail LLC but the bankruptcy filing lists its representative as Theresa Roche, a long-time signatory of documents for Cachet through her company OAR Management.

In a statement, Cachet said the filing “does not affect in any manner the hotel, building ownership or any of our other operations” and attributed the bankruptcy to a loss of business “like countless other restaurants” suffered during the pandemic.

The company released the former Bunny club’s space earlier this year. In January, nightlife veteran John Blair signed a lease to take 20,000-square-feet at the property, as The Real Deal previously reported. The signatory on the agreement, according to PropertyShark, was Joseph Licul, who identifies himself on LinkedIn as a manager at Delmonico’s Restaurant Group. Meridian Retail Leasing’s James Famularo, who brokered the deal, declined to comment.

When reached, Hochfelder declined to comment. OAR did not respond to requests for comment, nor did Playboy, which went public through a blank-check company in February and has rebranded as PLBY Group.

A source with knowledge said the bankruptcy filing “doesn’t have anything to do with PLBY Group.”