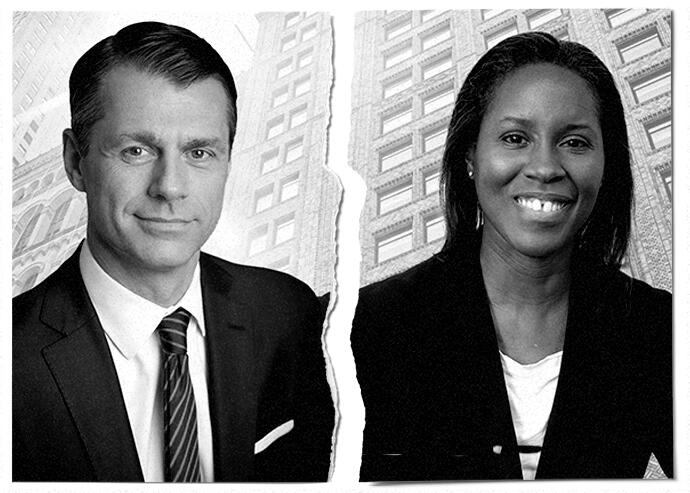 Brookfield suit aims to crack the code of 421a Last week, Brookfield Properties sued the city over a denied application for 421a — the exemption that waives decades of property taxes for new apartment buildings that qualify.

At first glance, the case looks like an attempt by New York’s most active developer to stop a monstrous property tax bill from landing on its doorstep.

But a closer look reveals discrepancies between how the city and developers interpret the Affordable New York tax break. The disconnect could have legal implications for property owners who had been operating under the abatement program only to be kicked back to its predecessor, 421a.

The backstory is a doozy, but the lawsuit is straightforward.

Brookfield’s Affordable New York application for the Eugene, briefly the city’s tallest residential tower, was rejected by the city’s Department of Housing Preservation and Development for a reason undisclosed in the suit. Brookfield, represented by Rosenberg & Estis, filed a petition calling the decision “arbitrary and capricious and without rational basis.”

But why did Brookfield need Affordable New York at all? Property records show the Eugene, at 435 West 31st Street, had been receiving 421a since at least 2018, a year after it began leasing.

In New York City, 421a is the lifeblood of large residential projects. Typically, developers apply before construction begins.

“A lot of people wouldn’t do the project if they didn’t know they were going to get the
tax benefit,” said Michelle Maratto Itkowitz, founder of real estate law firm Itkowitz PLLC.

Brookfield was applying for a second time, an indication that its tax break had been revoked.

The 421a program expired at the end of 2015 and was replaced by Affordable New York in 2017. The new program offered bigger incentives, notably a 35-year property tax abatement instead of 10 to 25 years, but also required more affordability. Old 421a mandated 20 percent of units be affordable; the new version most often demands 30 percent.

An oddity of 421a is that although the developer can set the initial rents of market-rate units, increases are determined just as they are for rent-stabilized units — by the Rent Guidelines Board — until the tax break runs out.

But apartments in the new program can be deregulated if their rent exceeds a threshold — $2,816.38 a month in 2021. It’s a throwback to the luxury decontrol provision in the old rent law.

For the Eugene, it’s that timing that’s in question.

Brookfield started construction in 2014, according to Open Data NY. Tax documents show the Eugene receiving 421a benefits as early as fiscal year 2016-2017, which should have excluded it from applying under the new law.

However, 421a applications require two submissions — preliminary and final. It’s possible that Brookfield submitted a preliminary application before the law changed, then a final application under Affordable New York. Herrick, Feinstein partner Brett Gottlieb, who is not involved in the case but examined it at The Real Deal’s request, said the 2015-2016 benefits could have been applied retroactively.

If so, the Eugene would be eligible for the new 421a program, as Brookfield’s suit claims.

Stranger still, data from the state’s Division of Homes and Community Renewal and property tax records show that the city had already granted 435 West 31st Street the new 421a, either by mistake or in accordance with that interpretation of the law.

The state agency shows the Brookfield building in 2019 as receiving the old 421a, but the most recent registration, from 2020, shows it receiving Affordable New York.

“That’s how I know it was revoked,” said Gottlieb, noting that the change in denotation shows the benefits switched from old 421a to Affordable New York then back.

“Somebody in HPD probably awarded the [new] benefit,” said Gottlieb. “And then they caught up to it at some point down the road, most likely through some sort of an audit.”

Gottlieb believes Brookfield may be entitled to the new 421a so long as the Eugene did not receive benefits before April 2017.

“It sounds to me that the mess-up was not giving them the [new] benefit, it was actually taking it away,” said Gottlieb. “I believe that HPD acted improperly by revoking the benefits.”

Spokespersons from HPD, Brookfield and the lawyer representing Brookfield declined to comment.

If Brookfield loses the case, the Eugene will likely be kicked back to the old 421a. The annual abatement would be the same, about $19 million, but would phase out sooner.

A greater danger for Brookfield lies in the regulations around affordable housing.

If the Eugene deregulated any units, then raised the rent — legal under Affordable New York — Brookfield could be looking at a rent overcharge complaint if it loses the case.

“I think this is the immediate and larger concern for the landlord at the moment — treble damages under a (potential) rent overcharge complaint,” said Gottlieb, referring to a provision in the new rent law.

Itkowitz said something similar happened with a potential client in another Hudson Yards building. The tenant had been deregulated, but when Itkowitz thumbed through Acris documents she found the building had been registered for the old 421a. There’d been a mixup along the way.

“People got a little confused for a while — like, is it old? Is it new? — because it was so close,” said Itkowitz. “Nothing was putting the answer on a silver platter.”