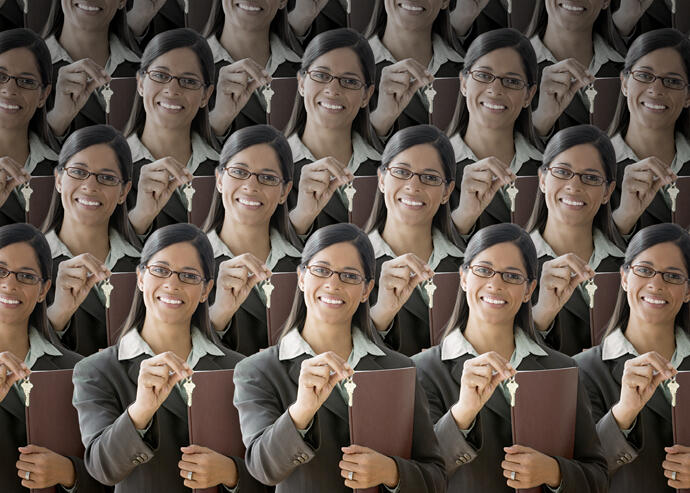 More real estate agents entered the New York City market in May than in any month since the pandemic began, according to Corofy, a data firm that tracks agent movement.

The 912 new residential and commercial agents represented a 7 percent increase from April, when numbers neared pre-pandemic levels for the first time. The monthly average two years ago was 886 agents.

The number of new faces has been rising in all boroughs, said Corofy CEO Eddy Boccara. “It’s looking like we’ll break another record in June,” he said.

Corofy defines new agents as real estate professionals who associated their licenses with a firm based in New York City for the first time. Most have never worked in real estate. The uptick was likely a result of three factors: New York City dropping Covid restrictions, the appeal of a hot market and swaths of furloughed professionals looking for a career change, Boccara said.

“It is natural to be attracted to an industry like real estate, post-pandemic, where the barrier of entry is not as high but the opportunities are really big,” Boccara said. Licensing requirements vary by state but class time can be as little as 30 hours, with exam and license fees costing a couple hundred bucks. In New York, it’s 75 hours of course work and about $500.

In April, nearly half of the 854 new agents joined Manhattan firms. Brooklyn brokerages landed 22 percent, Queens 19 percent and Bronx or Staten Island firms 10 percent between them.

Over that period, about 3.1 percent of agents who entered the industry joined Corcoran, double the firm’s share of new agents in all of 2019.

The brokerage cited training, resources and culture as key factors in its efforts to attract and develop newbies.

“It seems like Compass is competing to attract new talent despite its previous strategy to just compete for the top agents,” Boccara said.

Also last month, 1,926 agents transferred their licenses to different brokerages, according to data from the Department of State. Corcoran saw 12 agents leave the brokerage in May, while Compass lost six.

There are some benefits to having new agents enter the playing field — employment opportunities, for starters — but success isn’t guaranteed and could have negative consequences, especially during a housing crisis, some economists suggest.

The agent influx comes at a time when there are more agents than there are homes for sale. With few listings, new agents may spend the bulk of their time looking for clients rather than gaining experience, said economist Sonia Gilbukh, who co-authored a paper about new agents in the housing market.

New agents are more likely to misprice a home, struggle to find buyers and fail to present a home in a compelling way, she added.

“The longer your house does not sell, the more likely the house prices drop even further, the more likely you’re falling behind on your mortgage payments, and potentially going into foreclosure,” said Gilbukh, who did an analysis linking oversupply of real estate agents with those outcomes.

And the pay usually isn’t something to write home about: Most new agents only complete one or two transactions in a year, Gilbukh said, and some don’t make any.

But success is less about the market and more about individual agents, said Carriagno, adding that Corcoran emphasizes quality over quantity. She cited mentorship from senior managing directors to help new agents learn the ropes.