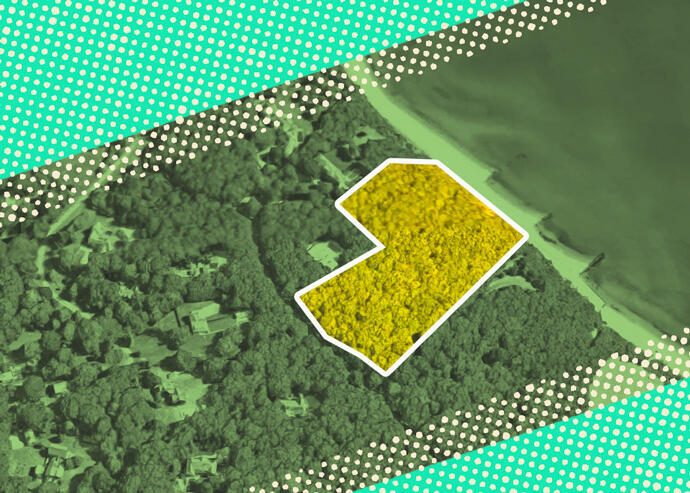 The community preservation fund is making a big splash at Gardiners Bay.

The town board is considering purchasing a 5-acre, bluff-front parcel on the water near Albert’s Landing, according to the East Hampton Press. The town would team up with Salvatore Graziano, a neighboring homeowner, on the $9.3 million acquisition. Graziano offered $3.3 million and an adjacent 1.5-acre lot, with the town’s preservation fund picking up the remaining $6 million.

As the little undeveloped waterfront in East Hampton gets gobbled up and built out, the town argues that the modest site is worth the hefty price tag.

“This property provides an opportunity to purchase a large area of shoreline along the Napeague Bay, which can help create additional public access to this area,” land management administrator Scott Wilson told the publication. The town board previously denied an earlier proposal to buy the land, only to reconsider with the addition of Graziano’s property.

The community preservation fund, which reaps a 2 percent real estate transfer tax from all property sales in the five East End towns, posted record hauls in 2020.

In recent years, East Hampton has purchased 24 waterfront properties for preservation. The town maintains that the Gardiners Bay acquisition would provide crucial environmental benefits, such as cleaner water and a less-developed coastline as sea level rises.

Support for the acquisition is not unanimous. David Buda, a frequent critic of the board, took issue with the proposal. In a lengthy objection at the meeting, Buda cited Graziano’s financial incentives and doubted whether the public would benefit from the beachfront, as it is the domain of a private homeowners association.