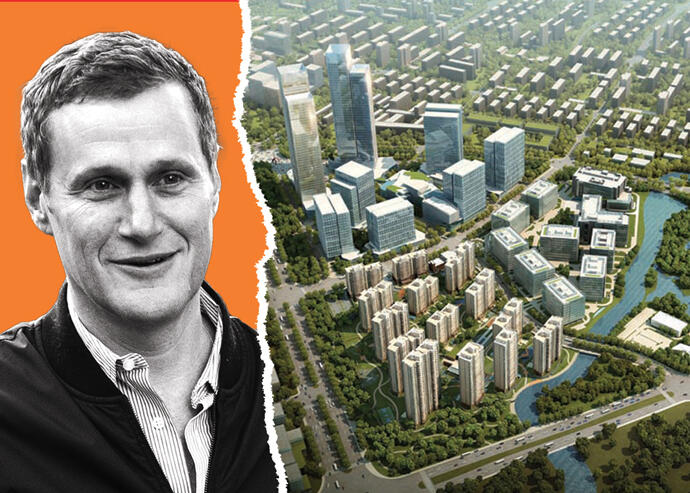 Tishman Speyer has scored a major deal in Shanghai, selling 2.1 million square feet of office and retail space to ByteDance.

Since 2011, the New York-based real estate developer and landlord has been building the Springs, a massive, mixed-use complex on 66 acres in China’s most populous city.

ByteDance, which is known for its popular video sharing app TikTok, recently signed a deal to buy four buildings — ranging from four to 29 stories — under development in the 9.7-million-square-foot project for a future regional headquarters, according to Tishman Speyer.

The sale price was not disclosed, but the development value for the parcel acquired by ByteDance is about $1.25 billion, according to the developer.

Designed by Gerkan, Marg & Partners, an international architectural company based in Hamburg, Germany, ByteDance’s new campus is slated to be completed in 2023. It will feature six acres of parks and other green space.

The rapidly growing tech company is also leasing 457,000 square feet of existing office space at the Springs from Tishman Speyer.

Wilson Chen, Tishman Speyer’s senior managing director and CEO in China, said the Springs is located in Shanghai’s Yangpu District, which is emerging as one of the world’s great innovation hubs. In the complex, ByteDance will join other multinational corporations such as Nike, Continental AG and Henkel.

Beijing-based ByteDance has been actively leasing in the U.S. In May 2020, the company inked a 232,000-square-foot lease at the Durst Organization’s One Five One in Times Square to house its TikTok staffers. It was the biggest new Manhattan lease since the onset of the pandemic.

And in November, the tech company signed a lease for 53 megawatts of data center capacity in a Virginia corridor known as “Data Center Alley.”

ByteDance did not immediately respond to a request for comment.