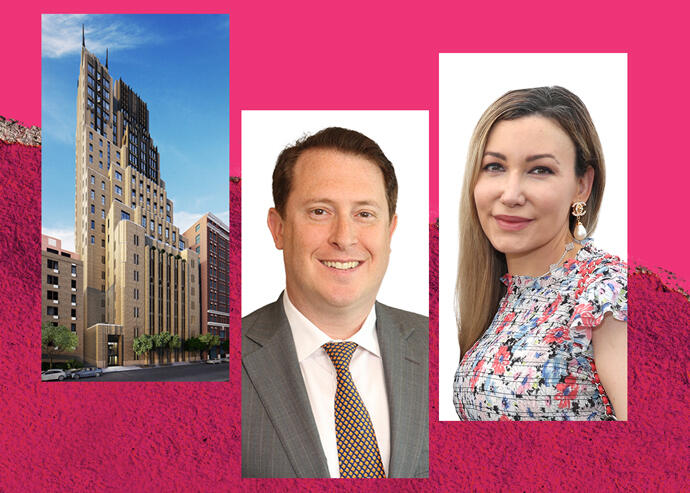 To a real estate investor, the combining of two units at Walker Tower might look like energy wasted.

The lavish spread at the Chelsea building cost upwards of $17 million to assemble but was sold for $15.3 million last month, property records show.

The seller was David Krieger, a senior adviser at private equity firm Warburg Pincus’ energy group who is married to Devorah Rose, a socialite and editor of Hamptons-based magazine Social Life.

Krieger bought his first unit at the property from the condominium’s developers, JDS Development Group and Property Markets Group, for $7.38 million in 2013. Two years later he scooped up a unit a floor below for $9.25 million from the late Prescott Ashe, who founded San Francisco-based private equity firm Golden Gate Capital.

It’s unknown how much the renovation cost Krieger but seven figures would be a reasonable estimate: The four-bedroom duplex includes a home office, two private terraces and highly-customized features, such as a built-in entertainment system and a circadian lighting system throughout the 4,144-square-foot home.

Krieger could be forgiven if he believed his investment would only grow. When he bought the spread, the New York City’s residential market was roaring. But by the time the renovation was complete and he was relocated to Houston in 2017, the market for high-priced condos had begun to cool.

When Krieger first listed his unit in June 2017, he was seeking $24.5 million. He moved it on and off the market over the next four years with slight reductions reflecting softening prices in Manhattan, particularly after the pandemic began. The home was asking $16.35 million when it went into contract last month and closed the same day.

The buyer is unknown, masked by a Delaware-registered limited liability company dubbed LateDinnerPT.

Walker Tower has seen two headline-grabbing resales in the past year. The first was related to the penthouse which had belonged to financier Jho Low. He is being pursued by U.S. authorities for his role in the multi-billion-dollar embezzlement from Mayalsian sovereign wealth fund known as 1MDB.

The Justice Department sold the seized penthouse at a staggering $33 million discount last August despite neighbors’ efforts to try to block the sale, fearing it would undermine the value of their own units.

The second headline came when one of the developers, JDS’ Michael Stern, sold his penthouse at the building for $21 million. Though it was less than Stern had hoped to get, the developer had only paid $16 million for the unit in 2014.

Barron, who is also a resident in the building, said that after the government’s discounted penthouse sale, she views the sales of Stern and Krieger’s units as the building’s true benchmark for resale prices.

“These two sales actually helped reset the clock because prior to them it was a real struggle,” she said.

Requests to Krieger and Rose were not immediately answered.