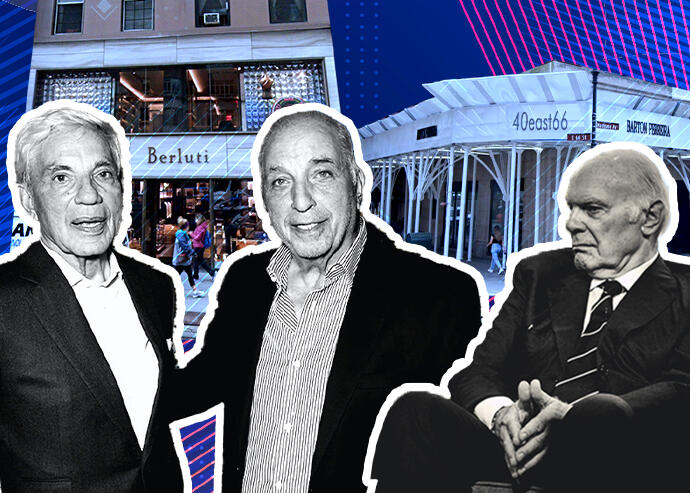 The Reuben brothers extended their Madison Avenue buying spree last week, scooping up two properties with 130 feet of frontage along the beleaguered shopping corridor for a total of $50 million.

No financing documents were recorded with the purchases, suggesting all-cash deals. One of the properties was among five that seller Vornado Realty Trust recently said had been losing money due to a meager 30 percent occupancy rate. Dependent on foot traffic from emptied Midtown offices, retail has struggled to regain its foothold in the area.

While Manhattan may have fewer footfalls, it had more than its share of deals last week, capturing six of ten properties sold in the middle of the investment sales market, spanning $10 million to $30 million. Other sales involved a gun manufacturer, two historic Stone Street buildings and a 1,600-car parking facility at the 1.8 million-square-foot Flushing Commons development.

The week’s mid-market deals fetched a total of $172.6 million, trouncing the prior week’s $38 million. Below are more details on transactions recorded in the first week of October:

1. Reuben Brothers subsidiary Metro International bought a 12,600 square-foot commercial condo unit at 40 East 66th Street for $30 million and a 12,200 square-foot, mixed-use building at 677 Madison Avenue in Lenox HIll for $20 million. Vornado Realty Trust sold the buildings, and other retail holdings, which it said had “negative income.” The Reuben brothers have been especially active in Manhattan since the start of the pandemic.

9. Davean Holding bought 14,700 square-feet of mixed-use property at 15 and 17 South William Street, also known as 53 and 55 Stone Street, in the Financial District for $10.1 million. The buildings, which house two ground-floor bars and seven apartments, were two of three that Goldman Properties sold for a total of $16.1 million, the third property is located across the street at 52 Stone Street. Davean also owns a five-story, mixed-use building at 6 Stone Street down the block, which it acquired for $6.6 million in 2019.