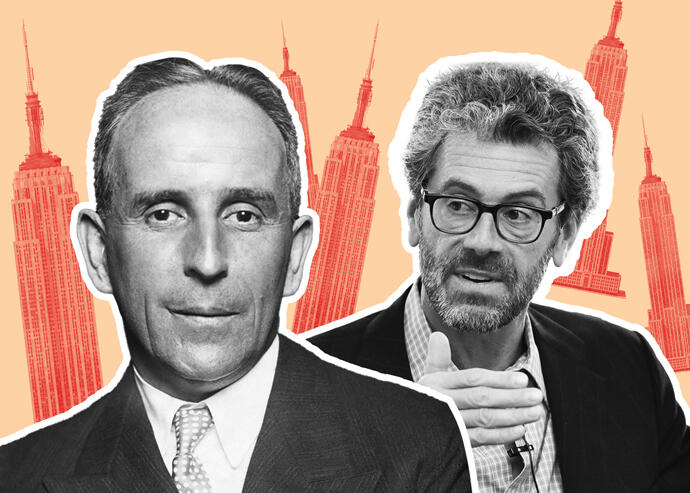 WATCH: The Many Owners of the Empire State Building

The Empire State Building is the ultimate trophy property. Savvy real estate pros will know that today, it’s owned by Tony Malkin’s Empire State Realty Trust — but they might not know the winding path it took to become the crown jewel of the publicly traded REIT’s portfolio.

From its opening day during the Great Depression to leasing troubles and a near takeover by former President Donald Trump, the skyscraper’s business history is just as exciting as its cinematic turns. TRD’s latest video chronicles the owners of the Empire State Building, from the group of businessmen who developed the property to the family who took it to the stock market it 2013.

Check out the video for more.