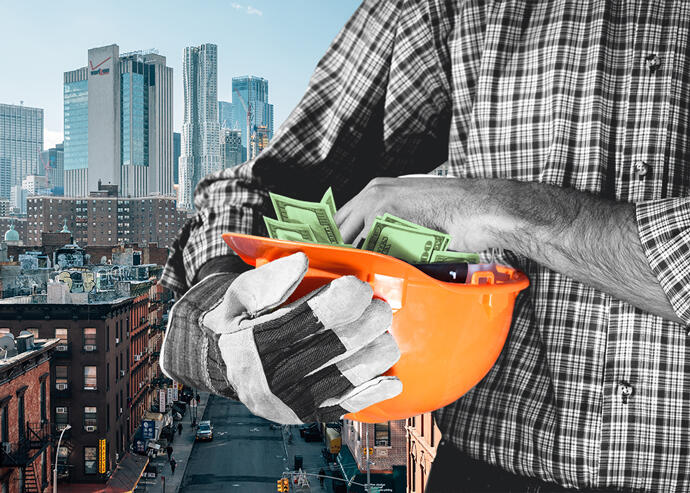 A federal jury on Wednesday convicted Salvatore Tagliaferro on charges of honest services wire fraud, conversion of union assets and conspiracy. He faces up to 30 years in prison on all charges, and is slated to be sentenced July 27.

Tagliaferro served as the president of Local 926, a Brooklyn-based chapter of the New York City District Council of Carpenters, where he approved membership applications for his union in exchange for tens of thousands of dollars. Between October 2017 and June 2019, Local 926 added more than 900 new members, but more than half never worked on a single union job, according to prosecutors.

Tagliaferro and John DeFalco, then the vice president of Local 157, each pocketed at least $70,000 as part of the scheme, according to officials. DeFalco pleaded guilty to multiple charges and testified in Tagliaferro’s trial, according to the Daily News.

“As a unanimous jury has now found, Salvatore Tagliaferro is guilty of old-fashioned corruption — betraying his duty to the union and the trust of its hard-working members by taking cash bribes to line his own pockets,” Audrey Strauss, the United States Attorney for the Southern District of New York, said in a statement.