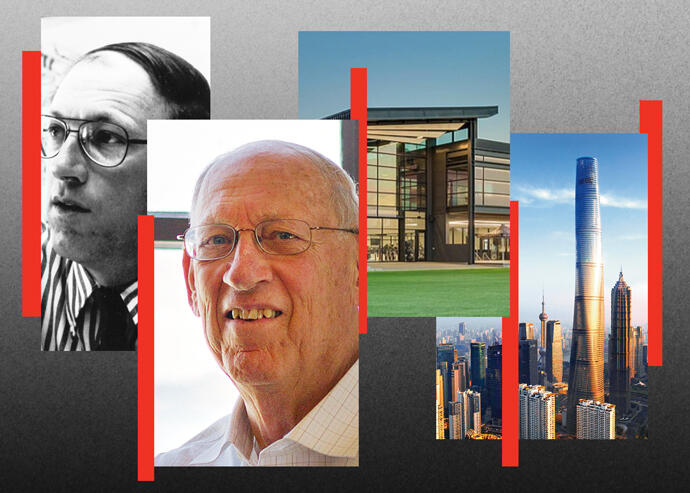 M. Arthur Gensler Jr., who for decades led one of the world’s most prolific architecture firms, died at his home in Mill Valley, California. He was 85.

Gensler, the firm he co-founded in 1965 with his wife, Drue, and architect James Follett, announced the news Monday. No cause was given.

In the decades since the firm’s founding, Gensler has completed numerous high-profile projects, including the 128-story Shanghai Tower, currently the world’s second-tallest building; and Banc of California stadium in Los Angeles.

But much of its work was less buzzy. When the Genslers started the firm, they focused largely on interiors, with San Francisco’s Alcoa Building and 555 California Street — both designed by Skidmore, Owings & Merrill — among its earliest projects.

Since then, Gensler has become a global firm, with offices on four continents and divisions focusing on brand design, product development and real estate consulting, along with its more well-known architecture and design practice. It’s completed hundreds of projects, including corporate headquarters, airport terminals, office redesigns, residential towers and retail spaces.

Gensler — known as Art — was born in Brooklyn in 1935, and graduated from Cornell’s College of Architecture, Art, and Planning in 1958. He led his eponymous firm for more than 50 years, retiring as CEO in 2005 and as chairman of its board in 2010. That same year, Andy Cohen and Diane Hoskins took over as co-CEOs.

“He thought of the company as a ‘constellation of stars,’ celebrating our diversity of perspectives, experience, and expertise,” Cohen said in a statement.

“Art’s legacy on the industry is in how he elevated the interior design profession and drove innovation across an entire industry,” Hoskins said.

The company is widely reported to be the largest architecture firm in the world.

Gensler is survived by four children. His wife and collaborator, Drue, died in 2017.