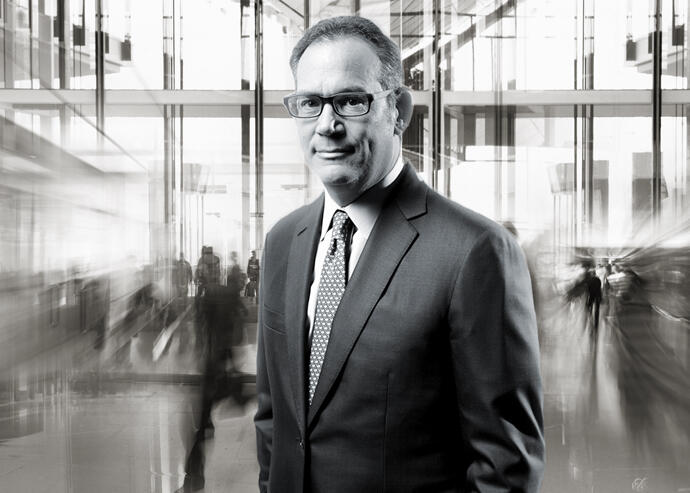 After a devastating year of mall closures and tenant bankruptcies, Simon Property Group raised its guidance, saying that people are returning to its retail centers.

“We are encouraged with what we are seeing in terms of sales traffic,” said David Simon, CEO of Simon Property Group, during the company’s first-quarter earnings call. “Suburbia is hot, suburbia is the place to be and we just happen to have a lot of great, well-located suburban real estate.”

The company increased its guidance for its funds from operations to be between $9.70 to $9.80 per share for 2021. That’s an increase from guidance of $9.50 to $9.75 per share it gave in February, according to a statement announcing its earnings.

But Simon, one of the largest mall owners in the country, still faces lingering pain from the pandemic. Its net operating income from its U.S. and international properties fell 8.4 percent to $1.35 billion in the first quarter from a year earlier. In the same period, occupancy declined to 90.8 percent from 94 percent.

Funds from operations fell to $934 million from $981 million the previous year. Meanwhile, its lease income slipped to $1.14 billion from $1.3 billion. The company has agreed to a number of lease deferrals, according to its earnings report.

Simon’s earnings are closely watched as a barometer of mall performance. The sector has been among the hardest hit by the pandemic partly because of government closures.

A year ago, during the first quarter of 2020, Simon said his company is “not a mall company”… by “any stretch of imagination,” despite malls and outlets accounting for about three-fourths of Simon’s net operating income.

Last year, the real estate investment trust’s malls lost a cumulative 13,500 shopping days across its portfolio to lockdowns. For 2020, Simon lost almost $1.15 billion in lease income, management fees and other earnings streams, and revenue dwindled to $4.6 billion from $5.76 billion.

It also let go of some of its poorer performing malls. In February, a lender foreclosed on Simon’s Town Center at Cobb Mall, according to the Marietta Daily Journal. In November, a report in Trepp identified three malls that Simon indicated it could give up to lenders.