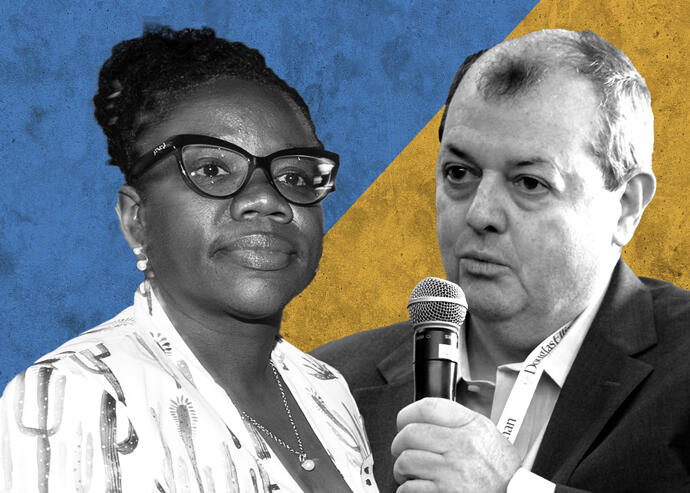 In January, Mayor Bill de Blasio vowed to ban fossil fuel hookups in new buildings by 2030. Now, the City Council is trying to bump up that deadline.

The council on Thursday introduced a bill that would effectively bar the use of natural gas in any new building or property that undergoes a major renovation. The measure, sponsored by Brooklyn Council member Alicka Ampry-Samuel, would kick in two years after it passes, several years ahead of de Blasio’s goal to bar fossil fuel connections in new buildings by at least 2030.

The proposal is already facing pushback from the real estate industry, which has argued that the costs of forced upgrades would likely be passed along to tenants.

Real Estate Board of New York President James Whelan said the goal of phasing out the use of fossil fuels in buildings is “laudable,” but should follow recommendations being contemplated by state and city advisory groups. For example, the state’s Climate Action Council has floated a five-year phase-out of gas and oil space and water heating in single-family homes, and a 10-year timeframe for multifamily and commercial buildings.

“This legislation ignores these ongoing substantive discussions and instead puts forward a fundamentally flawed proposal that would upend the lives of millions of residents across New York City and significantly increase costs for homeowners and renters,” Whelan said in a statement.

He pointed to the fact that most of the city’s electricity is sourced from fossil fuels, so rushing to electrify new and some existing buildings before more renewable energy is available will not “effectively reduce carbon emissions.”

According to the Urban Green Council, 40 percent of the city’s carbon emissions stem from burning fossil fuels for heat and hot water in buildings.

New York Communities for Change is pushing for the bill to go further, calling on the City Council to make the measure effective within one year rather than two. Peter Sikora, who leads the group’s climate and inequality campaign, said even though the city still relies on fossil fuel sources for electricity, electric heat pumps will improve energy efficiency in buildings.

“Every single gas installation is another blow to the fight against climate change,” he said.

If the bill passes, New York would join other cities in restricting fossil fuel use. In 2019, Berkeley, California, became the first municipality in the country to ban natural gas hookups. Others have followed, including Seattle, which approved a measure in February that prohibits natural gas use for space heating in new commercial and apartment buildings taller than four stories, as well as in older buildings that are replacing heating systems. Last week, the International Energy Agency released a report recommending that sales of fossil fuel boilers should be phased out by 2025.

Details of the City Council bill — including what kind of renovations would trigger restrictions on fossil fuels — are still being hashed out. The measure would bar the combustion of any substance that emits 50 kilograms or more of carbon dioxide per million British thermal units of energy. According to the U.S. Energy Information Administration, natural gas clocks in at more than 53 kilograms, and heating oil at more than 70.

The City Council bill is the latest clash between the real estate industry and climate advocates as deadlines to comply with the city’s sweeping climate change legislation loom. Under Local Law 97, buildings larger than 25,000 square feet must meet new greenhouse gas emission caps starting in 2024 and even stricter limits by 2030.

Jared Della Valle, CEO of Alloy Development, which is building an all-electric residential building at 100 Flatbush Avenue, said the City Council bill is welcome news. He acknowledged that electrifying older buildings may prove more of a challenge and may not ultimately make sense without a larger overhaul of the building’s envelope. But he thinks there is a strong business case for eliminating fossil fuels.

“Our future generations of renters really care about this issue,” he said. “There is a dire need to address these things now, and there’s no excuse for new construction.”