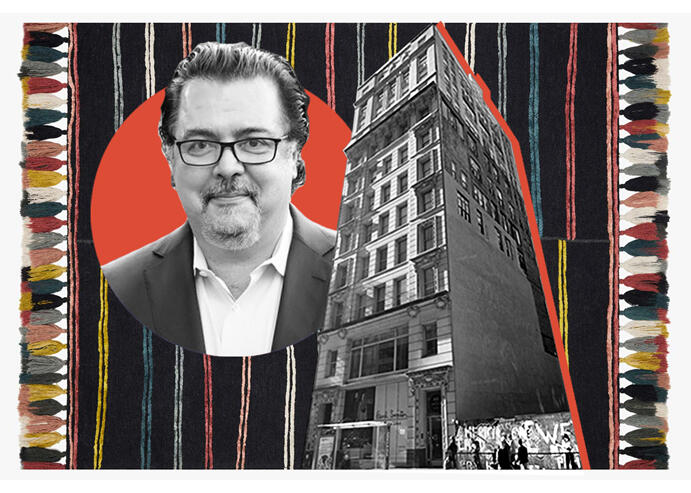 One man’s dream of a Fifth Avenue tower for Russian oligarchs has died.

Boris Kuzinez has sold his 60,000-square-foot office building at 260 Fifth Avenue for $52.5 million, according to property records. The Manhattan building was one of three assembled by the Israeli-Russian billionaire who struggled to find a lender for his resi tower.

The buyer is Texas-based rug manufacturer Amir Loloi, who scooped up the NoMad office building for $6.5 million less than what Kuzinez paid for it in 2016. Commercial Observer first reported the sale.

Kuzinez was on a buying spree then, amassing 260, 262 and 264 Fifth Avenue for $101.8 million. Demolition permits for 262 Fifth were approved by the city in 2017 and the property was razed but little has happened since.

Kuzinez’s vision was for a 928-foot-tall condominium tower with just 39 apartments. It would have stood across the street from Marble Collegiate Church, where a proposed office tower recently succumbed to financial woes at embattled developer HFZ.

Kuzinez did not return a request for comment sent to a representative at EBK Development.

The developer oversaw the transformation of Ostozhenka Street in Moscow into the city’s “Golden Mile,” an equivalent of New York City’s Billionaire’s Row, where oligarchs live in ostentatious, western-style residential palaces.

The ground-floor showroom of 260 Fifth is occupied by discount fashion retailer 260 Sample Sale. A company representative said she was unaware of any plans to move its showroom, but that it had relocated its offices across the street to 261 Fifth Avenue.

Loloi, who did not respond to a request for comment, would be at home at 260 Fifth Avenue, just north of Madison Square Park. The small district of NoMad is home to more than 15 rug sellers — likely the highest concentration in the city.