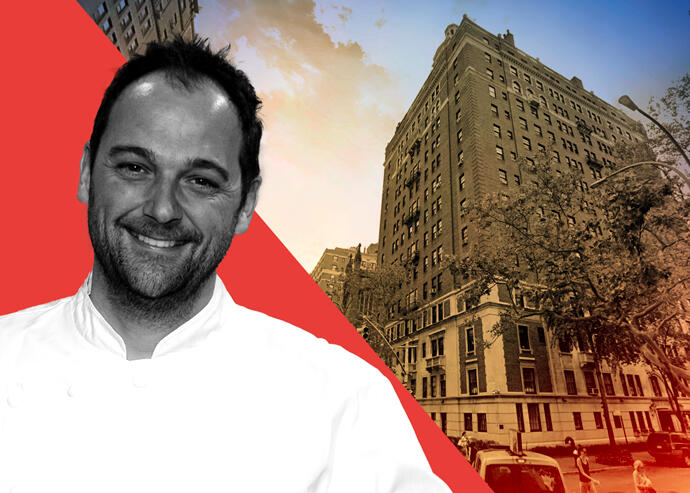 Dinner parties at one swanky Greenwich Village co-op could soon transition from burrito bowls to Tonburi and smoked daikon. The duplex at the corner of Fifth Avenue and 11th Street features an open staircase and kitchen with milled countertops and Sub-Zero, Miele and Viking appliances, according to the listing by Compass’ Leonard Steinberg. Other amenities include two wood-burning fireplaces, a windowed laundry room, a Sub-Zero wine cooler and three basement storage rooms.

The asking price was $14 million.

Humm recently reopened Eleven Madison Park with a fully vegan menu. It is among the priciest restaurants in the city, with a $335 multi-course menu (excluding drinks) and a wait list of 15,000 people, according to Bloomberg.

Humm was living in an Upper East Side rental as of 2017, according to Curbed.

The building has had some big name purchases in the past. Theodore Spencer, grandson of John D. Rockefeller III, bought a combination co-op at the property for $15 million in 2013.