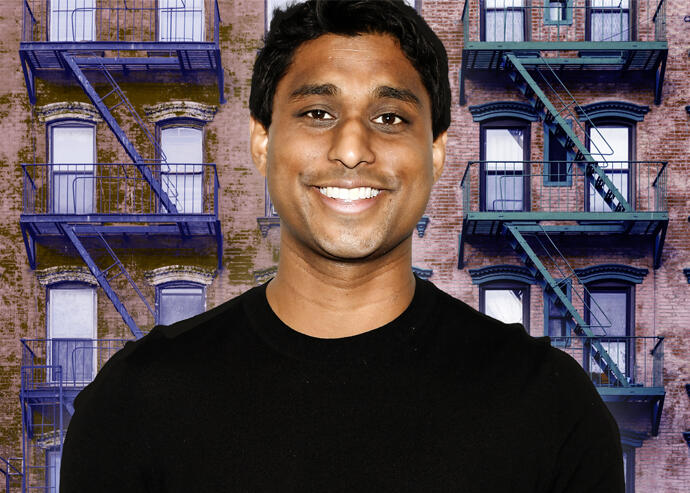 The latest startup to roll out of Kairos — the firm that offered $5 insurance premiums in place of security deposits — holds out the promise of homeownership for young renters.

The startup, Bilt, is a rewards program coupled with a credit card. It earns tenants points when they pay the rent — rewards they can put toward a down payment on a home.

Bilt launches today, available to tenants at 2 million apartments nationwide. Kairos’ founder, Ankur Jain, has partnered with large landlords including Blackstone Group, the Related Companies and SL Green to offer the program to renters, who can join for free.

“Bilt Rewards” members earn a minimum of 250 points per month each time they pay the rent, with bonuses available for new lease signings. Users who sign up for Bilt Mastercard can pull in up to 4,000 a month. An app shows them what size mortgage they could qualify for based on their accrued points and how much rent they are paying.

In the meantime, each credit card transaction builds a renter’s credit history. Higher credit scores mean better mortgage terms, but rent paid by cash or check often has no effect because many landlords do not report payments to credit bureaus. And paying by credit card usually carries a 3 percent charge. But Bilt will not charge a fee.

Jain, whose firm focuses on ventures that make life more affordable, hopes the program can put homeownership back on the table for millennials and Gen Z — generations often priced out of buying by rising home prices and growing debt loads.

“If we don’t get people access to homeownership, which is the only real equity most American families have, you’re going to see an even greater disparity in wealth than ever before,” said Jain.

Still, Bilt doesn’t provide a straight path to owning real estate, more of a tool to get there — with caveats.

For one, saving points requires restraint. Bilt has partnered with major airlines, hotels such as Hyatt and fitness studios including SoulCycle to give members options to spend their rewards immediately.

Second, in allowing rent payments via credit card, it can introduce a fresh source of debt to a demographic often buried by student loans. It does have a feature, called BiltProtect, that acts as a bumper for less-qualified borrowers by pulling funds directly from their bank account to curtail overborrowing.

Acquiring enough points to help with a home purchase will take patience and discipline. Members can get up to 1.5 cents per point when rewards are used on a down payment. A tenant earning the maximum number points in a month would accrue the equivalent of $60.

At that pace, it would take almost 14 years to save enough points for the minimum 3.5 percent down payment on an FHA mortgage on a $287,000 home, which is the average in the U.S., according to Zillow.

Jain says Bilt was not built to fund the entire down payment. Its first priority is to create transparency around homeownership — “showing young people how much more you can afford and what it takes to get there,” he said. “If you can use points towards a down payment, whether it’s 500 bucks or $2,000, that’s just money back in your pocket.”