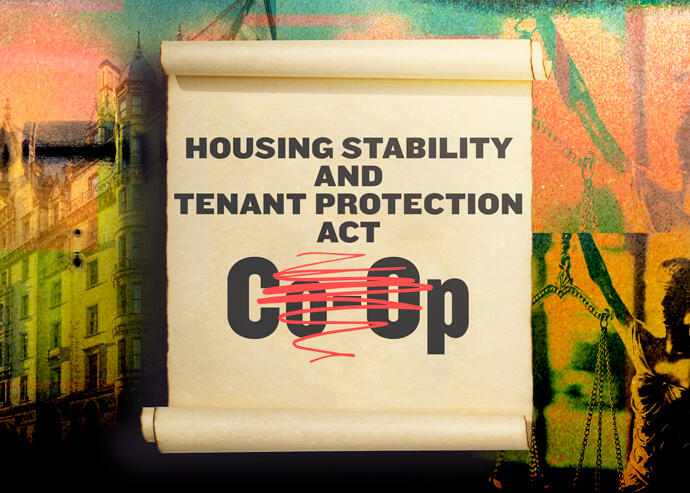 Why co-ops keep getting dragged into new laws by mistake New York passed a bill excluding co-ops from a law that roped them in by mistake — and not for the first time. (iStock)

Two years after overhauling the state’s rent law, lawmakers made a key correction.

The Senate and Assembly this month passed a bill that frees co-ops from the Housing Stability and Tenant Protection Act. The 2019 law, which regulates rent-stabilized apartments, inadvertently limited the fees and deposits co-op boards can demand from buyers.

“It was necessary to clarify what the Tenant Protection Act meant,” said Sen. John Liu, one of the bill’s sponsors. “The tenant protection aspect is not as important for these co-op homeowners.”

In other words, Albany screwed co-ops by mistake. And not for the first time.

Inadvertently dragging co-ops into bills appears to be a perennial hazard for the legislature. Because co-op boards technically have a landlord-tenant relationship with shareholders, and are organized as corporations, they sometimes are affected by measures targeting rental apartments or corporations.

This year, legislators’ attempt to increase the capital base tax would have quadrupled levies for co-ops. That proposal was ultimately left out of the state’s budget. At the time, Sen. Liz Krueger said lawmakers had “goofed.”

Attorneys and real estate professionals have also raised concerns that a statewide bill barring evictions without “good cause” would similarly affect co-ops and condos. That measure, first introduced in 2019, did not advance this session.

The rent-law carveout — assuming Gov. Andrew Cuomo signs it — means co-ops can require deposits of more than one month’s rent or maintenance. Marc Schneider, managing partner Schneider Buchel and a specialist in co-op law, said boards often ask for maintenance deposits as an alternative means of determining eligibility for buying into a co-op. Restricting that practice could actually lead to prospective tenants being turned away more often, he said.

“That law, while it was intended to help tenants, actually hurt prospective tenants.”
he said. “I think it had the complete opposite effect of what the legislature intended.”