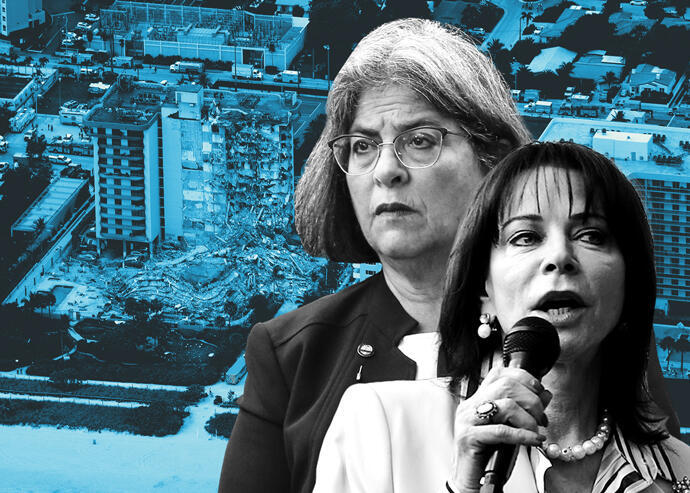 UPDATED, June 29, 10:40 p.m.: State Attorney Katherine Fernandez Rundle will empanel a grand jury investigation to determine the cause of the fatal condo collapse in Surfside, as President Joe Biden plans a visit to the site.

Miami-Dade County Mayor Daniella Levine Cava announced on Tuesday that Fernandez Rundle will ask a grand jury to look into the partial Champlain Towers South collapse. Separately, she said that Biden will be meeting with families of victims and first responders during his visit on Thursday.

The grand jury move comes amid increased scrutiny over the condo association’s and Surfside’s actions tied to the building’s 40-year recertification, as well as damning reports and emails citing crucial repairs the 12-story building needed prior to the collapse.

A spokesperson for the state attorney did not immediately respond to a request for more information.

Champlain Towers South, at 8777 Collins Avenue, was beginning to undergo required repairs to complete its 40-year recertification, a requirement in Miami-Dade County. The $15 million project included a new roof and major concrete restoration and repairs, as well as waterproofing of the 136-unit building.

The northeast portion of the building that fronts the ocean gave way overnight last week, trapping more than 150 people. So far, 12 are confirmed dead, as search and rescue operations continue.

Since then, surveys completed by the building’s hired engineer, Frank Morabito, have been made public, detailing extensive structural damage that was known to be needed as early as 2018.

Another report circulating is a Florida International University study concluded last year that found Champlain Towers South had been sinking at about 2 millimeters a year in the 1990s. Experts have speculated that the sinking, coupled with the structural issues with the pool deck slab, and deficiencies in the underground garage, contributed to the collapse.

Work to the roof had begun in April, public records show.

A number of municipalities, including Miami-Dade County, Miami Beach and the city of Miami, are now reviewing older buildings. Legislative changes to building codes and inspections are expected.