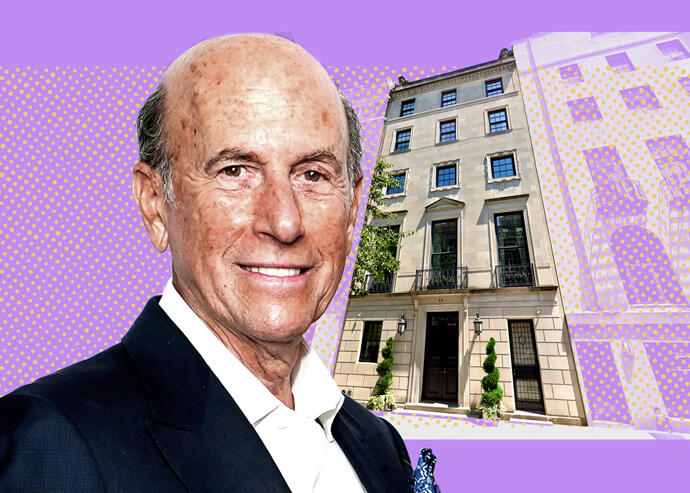 Real-estate investor David Levinson, chairman and CEO of L&L Holding, has closed on the sale of his Upper East Side row house at 11 East 69th Street for $53.5 million, according to newly released property records. The contract signing was reported in March, pegged at “over $50 million” by the New York Post.

Epstein’s former mansion had been the priciest townhouse sale of 2021, according to appraiser Jonathan Miller, who authors a sales report for Douglas Elliman. The 28,000-square-foot home went for $51 million in March to a former Goldman Sachs executive.

Levinson purchased the nearby six-story property in 2004 for $9.5 million when it was an office building for the nonprofit organization American Friends of the Hebrew University. He spent $20 million renovating it over two years, converting it to a single-family home, according to a source.

The 18,000-square-foot, 32-foot-wide limestone has six bedrooms and 10 bathrooms, according to the source.

Amenities include a library, garden, rooftop terrace, media room, office, gym, two elevators and a solarium on the roof, the source explained.

The exclusive listing was an off-market deal. Broker Adam Modlin represented the Levinsons and the buyer, which was previously reported to be a New York-based family. Modlin declined to comment.