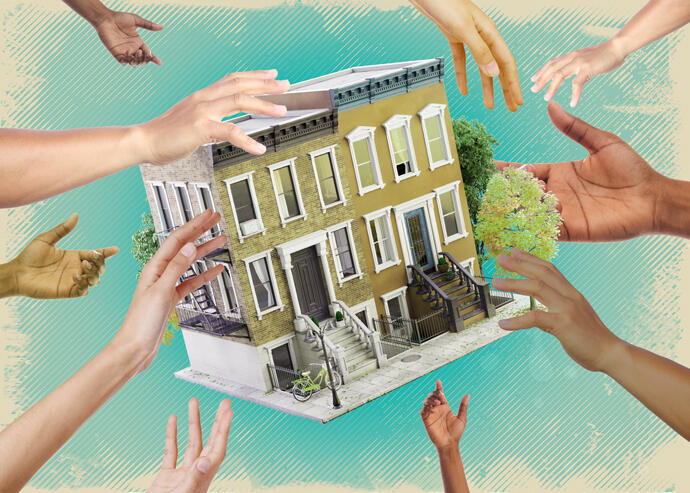 (Illustration by Kevin Rebong for The Real Deal)

With vaccinations underway, leasing activity has continued to rise and inventory can’t keep up, according to the latest report by Douglas Elliman, compiled by appraiser Miller Samuel.

For the third month in a row, Manhattan broke records with 9,642 new leases signed in June — the most since Miller Samuel began tracking in 2008.

Brooklyn’ 2,141 represented its second highest on record. In northwest Queens — Long Island City, Astoria, Sunnyside and Woodside — 475 new leases were signed, the most ever in June and the third-highest of any month since 2011.

Such leasing volume is affecting other metrics, such as inventory and concessions, said Jonathan Miller, who authored the report.

“We would expect inventory to rise from January to June as anticipation of greater leasing activity rises during the spring, completing transactions by the summer,” Miller said. Instead, inventory fell across the board.

With fewer homes available for rent, competition among prospective tenants is heating up and landlords are withdrawing concessions: Concessions worth about 1.9 months of free rent were offered in June in Manhattan, the lowest it’s been since August.

“The window of opportunity has just about closed on significant discounts of rent,” Miller said. As a result, renters continue to sign longer leases to lock in deals.