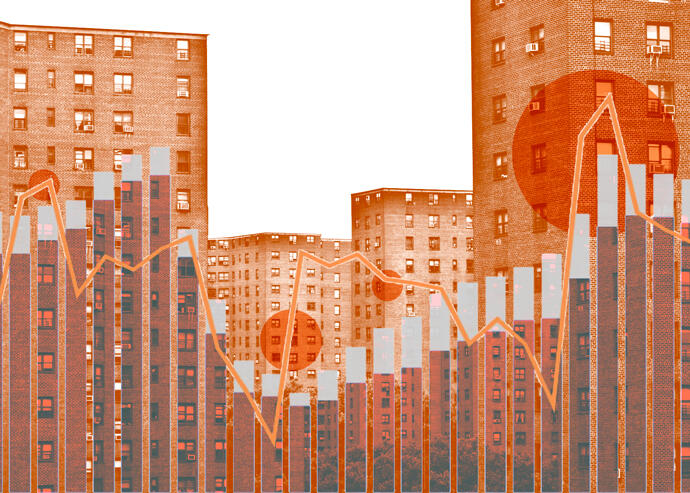 The white-hot housing market is now heating up the rental market too.

Nationally, the average effective rent is expected to increase 2.8 percent this year to $1,451, according to a Marcus & Millichap report.

Experts say as high home prices have made ownership inaccessible for many Americans, more have resorted to renting. In turn, the increased demand has led to higher rents.

Home prices have been accelerating since June 2020 because of record-low interest rates, a paucity of homes for sale and pandemic-induced demand for relocations. In April, the S&P CoreLogic Case-Shiller home price index showed an annual gain of 14.6 percent, the highest in more than 30 years.

In May, the number of existing homes sales was down 22.8 percent annually because fewer people sell their homes when finding a new one is so challenging, according to the report. Meanwhile, high material and labor costs, along with supply chain challenges, have hampered home construction — a trend expected to last through 2022.

It all adds up to residential landlords’ being able to command higher rents.

Zillow data show average rent rising in April — much more in some places than others. Mid-sized cities were in demand: Riverside, California, and Phoenix had average annual increases of 14.9 percent and 13.4 percent, respectively.

Large, expensive cities such as Los Angeles, New York and San Francisco saw average rent fall from a year earlier, as work-from-home made short commutes to major job centers less compelling. But bargain hunting in the winter has given way to intensifying competition for rentals as schools reopen and employers call workers back to their offices.

More housing could moderate home and rental prices. The W.E. Upjohn Institute for Employment Research found that new market-rate buildings in low-income areas actually lower nearby rents by 5 to 7 percent.

On the upside, material costs have begun to moderate. The price of lumber dropped by more than 40 percent in June, after it experienced a record high spike of $1,670.50 per thousand board feet in May. The drop in costs could speed up new construction.

But that will take a while to affect housing costs. Rent increases may not moderate for some time.

“It’s very difficult to backtrack rent pricing,” said Sykes. “Once it goes up, it’s that way for, at minimum, a year.”