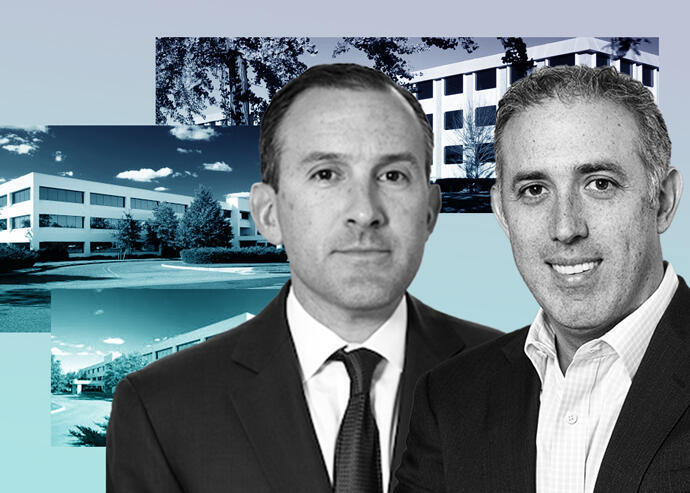 The following is a preview of one of the hundreds of data sets that will be available on TRD Pro — the one-stop real estate terminal that provides you with all the data and market information you need.

A 16-building North Shore office portfolio, which investment firm Angelo Gordon acquired in 2019, is an example of the outsized role healthcare tenants have in the area’s office market. More than half of the portfolio’s annual base rent comes from such tenants, whose unique space requirements set them apart from other office occupiers.

“Medical tenants tend to receive above market allocations for tenant improvements, but will often spend additional capital on the build out of their space,” DBRS Morningstar analysts wrote in a recent report. “This larger upfront investment substantially increases potential relocation costs upon lease expiration and increases probability of renewal.”

Angelo Gordon and We’re Group, which developed the properties between 1970 and 2007 and still owns the fee interest in the portfolio, recently secured a $350 million CMBS refinancing for the portfolio from Barclays and Citigroup. Documents associated with the securitization provide a closer look at the buildings’ finances.

As of last month, the 2 million-square-foot portfolio was 87 percent occupied, with tenants paying about $31 per square foot in base rent per year on average.

Of the 16 buildings in the portfolio, 11 are clustered around an office park in New Hyde Park, right on the Queens border and within 2 miles of Northwell Health’s hospitals. Eight of these buildings are between 98 and 100 percent occupied by medical tenants alone.

The portfolio’s five other properties are located further east along the Long Island Expressway, with two in the town of Jericho, in eastern Nassau county, and three in Melville, in Suffolk county. (See map below.)

The largest tenant in the portfolio, ProHealth, has been a tenant since 1997 and now occupies space in five of the New Hyde Park buildings. ProHealth, which is a subsidiary of OptumCare and UnitedHealth Group, is the country’s largest independent and physician-led health system with 290 locations in the tri-state area.

The second largest tenant, Northwell Health, has been at the properties since 1992. The healthcare provider’s space, which is spread across three buildings in New Hyde Park and Jericho, includes areas specially licensed for surgeries, and MRI equipment that is “extremely costly and difficult to move”, according to DBRS.

The pandemic’s impact on the portfolio has been modest, with 12 office tenants representing just 5 percent of base rent receiving rent deferrals or abatements. By this February, the landlord had collected 99.8 percent of rent that was due in 2020.

Jericho-based We’re Group, founded by Jack Wexler and brother-in-law Morton Rechler in the 1960s, has developed more than 10 million square feet of real estate and is one of the last private, family-run commercial real estate firms on Long Island.

In fall 2019, Angelo Gordon acquired a 95.5 percent leasehold interest in the portfolio with 99-year “section 467” leases on each property, structured as a $348 million upfront payment followed by $1.6 million in annual rent with no increases of resets. Angelo Gordon has the option to acquire the properties outright in year 25 of the lease.